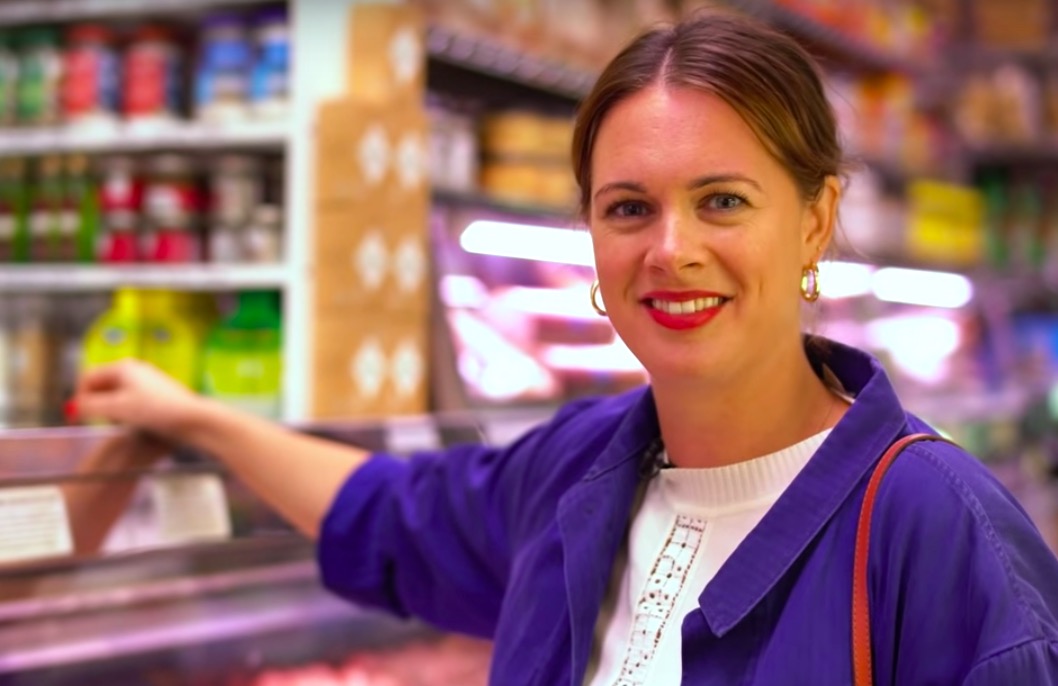 A funny thing happened earlier this month after Alison Roman, the popular cookbook author and New York Times food columnist, unleashed her latest recipe, a spicy white bean stew with broccoli rabe, on the masses: Some of the ingredients, including cannellini beans and preserved lemon, were mysteriously sold out, as Roman’s fans reported from supermarkets on social media.

Did Roman’s recipe cause the items to disappear from shelves? It’s hard to prove definitively, but it isn’t a stretch to assume so. At a moment when online recipes are proliferating like mad — some good, many mediocre — Roman’s dishes rise above the din and often go viral, which isn’t something that recipes tend to do.

“I think it’s really funny,” Roman, 34, told Mediaite in a brief phone interview, adding that some of her coworkers recently revealed to her that they were also having trouble finding white beans to make the stew. “I don’t know if I just noticed it then or if it’s because of the recipe.”

Margaret Grace Meyer, an assistant buyer at Books Are Magic in Brooklyn — where Roman’s best-selling cookbook, Nothing Fancy, has been selling out since its release in October — describes this phenomenon as “Romania.” At the beginning of January, Meyer stopped in at a Whole Foods in Fort Greene on her way home from work and was surprised to find that no cannellini beans were in sight, though she later located the beans at an offbeat market near her apartment in Sunset Park.

According to Roman, this isn’t the first time that a recipe of hers may have caused havoc in the grocery aisles, though she said she never intends for that to happen. Two years ago, she told Mediaite, a creamy chickpea stew with coconut milk and turmeric, known among Roman fanatics as “The Stew,” caused the shelves at some supermarkets to be emptied. And last fall, a highly Instagrammable vinegar chicken with crushed green Castelvetrano olives lightened the load at grocery stores.

Sam Sifton, the editor of the Times’ food section, told Mediaite in an email that this result is the “best hope” for every recipe the paper publishes. “There’s no better feeling of being part of a larger community than going to the butcher and asking for lamb shanks and the butcher saying, ‘Oh, you’re making that New York Times recipe,’” Sifton said.

In 2014, around Thanksgiving, the Times published a recipe for grape salad, claiming it originated from Minnesota. “There was a great furor from Minnesotans outraged that we hadn’t picked a wild rice dish instead,” said Sifton. “Then people started sending me photographs of empty grapes bins in Minneapolis supermarkets. That was a good feeling, too.”

Still, this appears to occur more frequently when it comes to Roman’s recipes — at least recently. That may be because the dishes she thinks up are about more than just food; they represent a lifestyle. Her cookbooks emphasize a casual, no-frills approach to cooking that is both approachable and aspirational.

Roman’s recipes, which often call for an abundance of fresh herbs, citrus and colorful spices, are bright and bold and look good in photos. In instructional videos for the Times, Roman is a funny, somewhat sardonic presence as she cooks in her charming home kitchen.

Roman, who previously did stints at BuzzFeed and Bon Appetit, began contributing to the Times in the summer of 2018, and she quickly stood out at NYT Cooking, The Times’ recipe service, a vast repository of recipes and how-tos. In recent years, as online recipes seem to have eclipsed cookbooks as the primary source for home cooks, NYT Cooking has become a destination unto itself, with 300,000 subscribers, according to a statement released Tuesday by the paper’s president and CEO, Mark Thompson.

Roman’s latest recipe, which dropped online this week, is an attempt to imitate Russian dumplings known as pelmeni without requiring that her readers actually make them. “I’d never do that to you,” she writes in a knowing parenthetical aside. The ingredients include farro and mixed mushrooms “such as maitake, oyster, cremini or chanterelle, torn into bite-size pieces.”

Those are items you’d expect to find at your local grocery store, but given that they are listed in an Alison Roman column, whether they’ll be available in the next few days is an open question.

“I feel like both of those things are pretty well stocked,” Roman told Mediate, “but I thought that with white beans, and look what happened with those.”