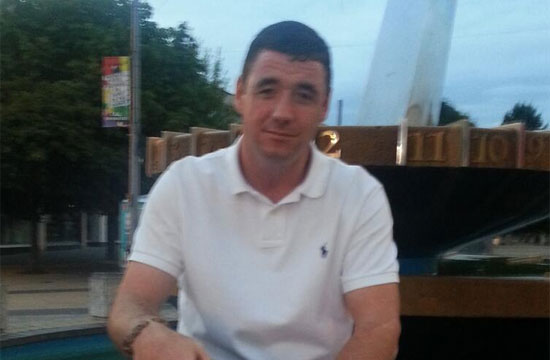 Burning Question of the (Slow News) Day: despite all of the enemy badmouthing, is Gordon Ramsay secretly a giant softie? As evidence, we point to this interview with Anthony Kelly, a former inmate seen on Ramsay’s show Gordon Behind Bars. Kelly, a former drug addict who spent a total of 16 years in jail, hadn’t seen an end to his predicament. But as The Guardian reports: “For the first time since he was 10 years old, and after a long stint in a rehabilitation clinic in Devon, Kelly is clear of drugs.”

Though he wasn’t the type to end up working in a restaurant after the show (the premise being that Gordon tries to teach inmates kitchen skills to land jobs after their stints in prison), Kelly does credit the chef with providing emotional support and heartfelt, based-on-true-life inspiration:

“I owe Gordon a lot,” he says. “He was totally genuine in the prison. Away from the cameras, he was as good as gold. He told us about his own troubles — his brother has addiction problems and his old man was an alcoholic. But as much as I got from that experience, it was this place that has really given me what I needed to change.”

These days, Kelly works as a peer mentor for fellow prisoners at the St. Giles Trust, and performs as an actor in a professional theater (totally happenstance, he says). But even if he didn’t end up working the line at one of Gordon’s restaurants, or making pastries and bread at Brixton Prison’s Bad Boys Bakery, he still says he’s learned from Gordon’s example:

“What he did is highlight the fact that there are plenty of people in prison who want to change, and he gave a few of us the chance to show that. I was never going to be a cook,” he says, laughing. “But I wanted to prove myself to the doubters. Some of the guys on the course went on to work in restaurants. A couple ended up back inside. It’s hard to change when you’ve been in and out of prison all your life. Gordon gave us a chance to show we were willing. But not everybody gets the chance that I’ve been given. I’m lucky I’ve got the support I need to keep this up, and now I’m determined to put my experience to good use to help others who’ve been through it like me.”

RELATED:
British Chef Marcus Wareing: Gordon Ramsay Is Like A Box Of Chocolates (Not Good For You)
Rachael Ray And Gordon Ramsay Are Both Powerful Celebrities According To Forbes
WATCH: Gordon Ramsay Makes Math Tasty For Your Preschooler