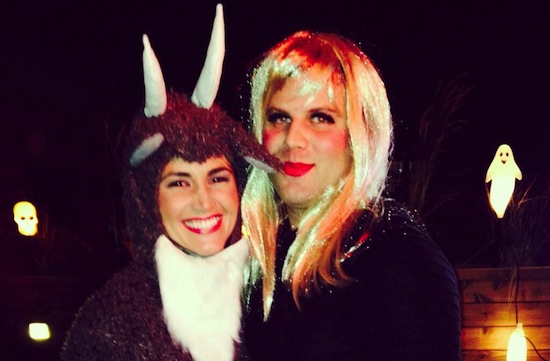 And how was your Saturday night / Halloween Eve? Since it is the weekend before Halloween and all.

The chefs started sharing snapshots into their costumes and kids’ costumes — and uh, people who impersonated them on Twitter. That Girl & The Goat costume should definitely earn this couple a free drink or something from Stephanie Izard. Adam Richman was probably the most excited of anyone for Halloween, and he does make a damn good Jon Snow. And you know, a “chef” and his “dog-furky” from Melissa Knific at Family Circle, because why not.

I leave it to you: tonight, should I be John Snow, Tony Stark, Random Ass Cowboy?

Stark on the day, but Bastard today. I give you…My hastily prepared – Jon Snow, Bastard of Winterfell pic.twitter.com/M2PK5YoHRF

And so my watch begins… pic.twitter.com/ApzRt2i5SN