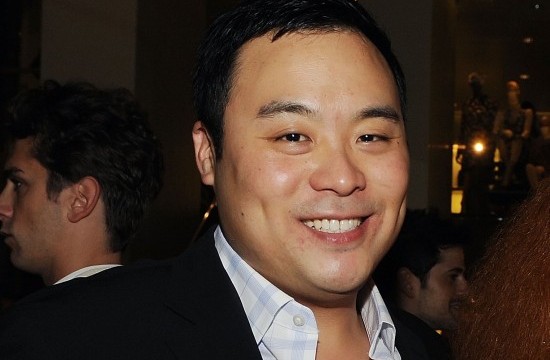 During David Chang’s London visit this weekend (where he participated in a pig bacchanal at the St. John Hotel with Fergus Henderson), he took time to answer questions from Bloomberg News’s London correspondent, who asked him some Big Important Questions. Namely: please, pretty please with sugar on top, will you open a Momofuku restaurant in London???

“If it happens, it happens,” Chang responded. “I’d never say no, but we have our hands full at the moment.”

Not that he hates London’s cooking, mind you. Though he spent a year in London studying abroad as a broke student and couldn’t afford to eat anything except for Chinese buffets and Wagamama’s ramen (which was “delicious then,” unlike now, apparently), he’s thankful that he didn’t have the money to splurge on some of the trends of the time: “If I’d had more money I could have gone to Le Gavroche or Marco Pierre White’s restaurant. But if I had, I’d probably have dropped out of college and gone to work for Marco, and my life would have been different.”

The problem with opening a restaurant in London, as he put it, is that he needs more resources — people like Daniel Boulud, for instance, have “have the bandwidth to do it and to meet expectations” — and that the critics are “vicious,” referring to the time that the Observer critic Jay Rayner blasted his Midtown restaurant Ma Peche in a review. “I’d rather open in Paris,” he said, and laughed. “At least they’d be more sympathetic to what I was trying to do.”