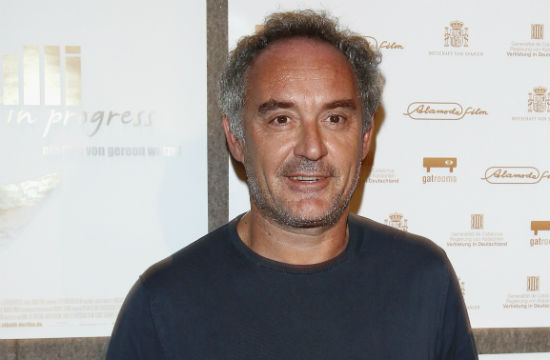 There are times when being a pack-rat can be a good thing. No, not the times when it guarantees you fifteen minutes of fame on an episode of Animal Hoarders, but the times when it means you’ve saved enough “artifacts” from your world-renowned restaurant that you can dedicate an entire museum exhibition to your now-shuttered labor of love.

Ferran Adria’s meticulous preservation of things like his first paycheck, sketches, tasting diagrams, and menus from elBulli’s storied past gave him enough material to curate elBulli: Risk, Liberty and Creativity, which is currently on display at the Palau Robert Museum in Barcelona. Adria told Fine Dining Lovers of the exhibit:

“The idea was to make a formative exhibition, there is a lot of myth about elBulli and we wanted to show the world what was real and what was not. Who we are, what have we done — what have we achieved. The other idea behind it was to do something that was not a restaurant but that people would still enjoy like a restaurant.”

The 200,000 happy visitors who have already walked through the exhibit in its first three months learned all about how elBulli went from being a mini-golf course, to a proposed nursing home, to a beach hut sandwich joint, to, finally, the resto that would top the World’s 50 Best list for five years. Phase two of the exhibit is already in the works, but there’s no way it’ll top phase one, which contains a signed cartoon of Adria with Bart Simpson drawn for him by Matt Groening. Consider us impressed.