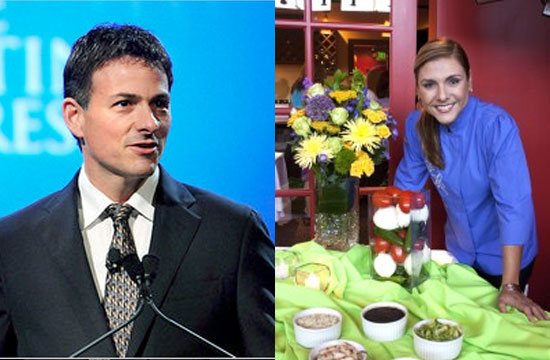 We’ve had serious problems with Lorena Garcia’s decision to create a cheap Taco Bell knockoff of every Chipotle product ever made, and a big issue with her assertion that chicken Caesar salad is Mexican. We may have even been hoping that the campaign would fail miserably, with Taco Bell executives cry-eating a mountain of Doritos Locos tacos, cursing their life decisions.

But apparently (and this is without knowing what Yum! Brand’s third-quarter report, released next week, says about its success) Cantina Bell has been doing so incredibly well, that famed hedge fund manager Dave Einhorn recommended short-selling stocks in Chipotle, citing Garcia’s menu at Taco Bell as a key reason for Chipotle’s impending collapse.

“Reception for Cantina Bell has been mostly positive […] and Chipotle is at risk of losing its frequent customers,” Einhorn said, according to MarketWatch.

He also pointed out that the low barrier to entering the taco/burrito market, as well as the looming, drought-induced price hikes in grain and meat, spell trouble for a company struggling to pay for its employees’ health care in order to comply with Obamacare.

The Greenlight Capital manager has a reputation for being freakishly prescient about his market predictions: Einhorn famously shorted Lehman Brothers before its collapse in 2008. Because of this, people and markets tend to listen to him: after his comments, Chipotle’s stock fell 6%.

But before you go about trying to decry the unfairness of free-market capitalism and planning Occupy Taco Bell rallies, take note: other investors think that Einhorn is a dorito loco. As MarketWatch lovingly aggregated:

In emailed comments, money manager Damon Vickers called Einhorn’s comments “ridiculous,” adding: “Taco Bell has been around for years. Chipotle grew in part due to their quality and Taco Bell’s lack thereof.”

“CMG has plenty of problems, Taco Hell competition isn’t one of them.” @jeffmacke

“ I wouldn’t serve TacoBell to my dogs, but I’d take my wife to $CMG. don’t see how the two are even comparable” @KidDynamiteBlog

“Einhorn’s comment about Taco Bell being a threat to $CMG is like saying Ruth’s Chris should be worried about Sizzler.” @KenShreve

“Clearly Einhorn can read financial statements but does he have taste buds? “ @TopGunFP

And even Einhorn didn’t recommend Yum! Brands, Taco Bell’s parent company, as a long-term investment, though he did say it was an “interesting” company. (Its stocks fell that afternoon as well.)