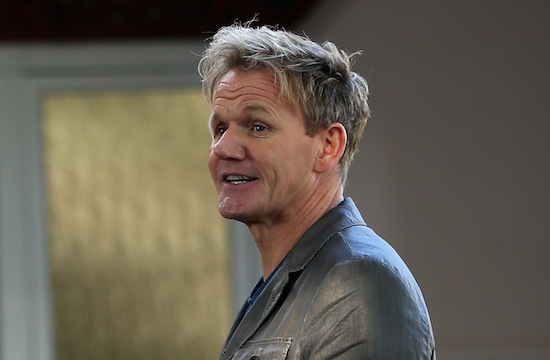 Even great (or great-mouthed) chefs have to start somewhere, and Gordon Ramsay has done so well in his career that he’s purchasing the restaurant where he launched his career as a wee lad. (A lad of 26, yes, but a wee lad nonetheless.)

Ramsay announced today that for the low, low price of £1.2 million, he will purchase the site of the former London restaurant Aubergine, where he won his first two Michelin stars, from the current owners of the property. He plans on opening a 60-seat restaurant, and maybe display a couple of mementos from his days as a baby high-end chef, like the reservation book he once stole, which led to the nasty dissolution of his relationship with mentor Marco Pierre White! What halcyon memories.

For real, check out these halcyon memories that Ramsay shares with the Standard:

“It will be 21 years this October since I started. I remember walking through the doors for the first time with Claudio [Pulze, the owner] and Marco and I thought, ‘Wow’. But the food was dreadful. After I got dropped off at home, I walked back and sat outside til 4am, imagining what it would be like. We had a £10,000 budget and on the first day, our only outside line was an old phone you had to put the money into. We had to finish crème brûlées on pilot lights and we had to go begging to The Canteen [a restaurant in Chelsea Harbour] to send lemon tarts over.”

Ramsay, ever the grateful supplicant, eventually convinced half the staff to walk out of Aubergine and open Gordon Ramsay at Royal Hospital Road. And now he’s buying the restaurant he walked out of!

[The Evening Standard via Grub Street]