Marc Vetri Opens Up About Stuttering 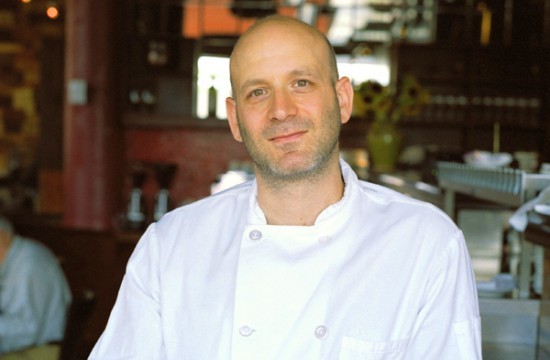 The last time Marc Vetri penned an essay for Huffinton Post, advising baby chefs on mistakes to avoid, and taking the youngest generation of chef-wannabes down a peg or two while doing it, he earned the respect of vets (and us), but also came under some fire for his tough-lovin’ tactics.

Today, Vetri took another crack at HuffPo essay writing, and we’re pretty sure this time he’ll get nothing but love. In a totally heartwarming piece entitled “Defining Yourself”, the Philadelphia chef opened up about coming up in kitchens with a stutter. Writes Marc:

It was my first job as a sous chef — a big deal for a young cook — and sous chefs do the ordering. I was attempting to call in the opening order for vegetables. To my chagrin, we needed just about everything. I wasn’t worried about coming up with specials, making schedules, doing food costing or even cooking. Especially cooking! That I could do. My arch-nemesis was calling in these damn orders.

“Maybe one more call would do it,” I thought to myself as sweat poured down my face and I started to dial again

It’s funny how your whole life flashes before your eyes at the sound of something as trivial as the beep of an answering machine. For me, that sound triggered thoughts of failure and dismay.

“Is this ever going to get easier? What does the guy on the other end of this phone think of me? Will anyone really take me seriously?”

From suffering phone order meltdowns, to expediting alongside Wolfgang Puck, Vetri shared his story to highlight National Stuttering Awareness Week. Of course, through TV appearances, and countless interviews (including one with yours truly), Vetri has learned to cope, but says he proudly wears the title of stutterer. On getting his mojo back thanks to Wolfgang Puck, he writes:

One day, Chef Puck walked in, and jumped on the line with us. Back then he only had a few restaurants, so he would make the rounds and hop in wherever he was needed. He reached across the counter to shake my hand. He looked at me and asked, “What’s your name?”

That’s the big one: “What’s your name?” I know it seems like such an inconceivable question to be nervous about answering. You know your name. You’ve had it for your entire life. Yet, it’s a dreaded question for most people who stutter.

“Nice to meet you,” he said with a smile.

“Nice to meet you too!” I smiled back.

“Do you know how to cook?” he asked almost jokingly.

“I think I’m pretty good,” I said with confidence… and no stutter.

I don’t know what it was, but his response to hearing me say my name just made me feel at ease. Maybe it was the fact that he just looked at me and talked to me like a normal person, or maybe because he just kept the conversation going like nothing happened. Whatever it was, it was one of those moments. One of those magical moments that makes you believe in yourself.

You can read the rest of Marc’s story here.