Nick Kokonas Thinks That OpenTable Is Obsolete: ‘Nobody Needs It Anymore’ 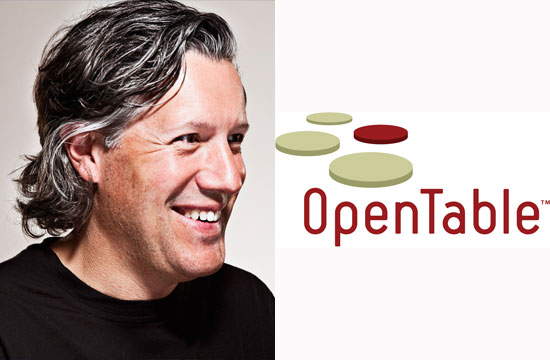 If you’ve been following restauranteur innovations, you may be aware that not only are Grant Achatz and Nick Kokonas innovating things like food and drinks and serving vessels, they’re sprinkling their magic innovative maltodextrin over the way that people book reservations as well.

So far, their ticketing system — prepaid in advance, with cancelled reservations being filled through social media — has done marvels for them and the lucky restaurants invited into their program, which so far does not have a fancy name like OpenTable. But Kokonas believes that their unnamed program could actually beat OpenTable’s system.

What a challenge to the mighty OpenTable! And sitting on its board of directors is Goliath restaurateur Danny Meyer, who uses OpenTable to catalogue the preferences of every single one of his guests. We’re not saying that we’re hoping for a megafight between these two titans of industry, Bill Gates vs. Steve Jobs style. (We’re insinuating it. That’s different.)

But if Kokonas wants to challenge OpenTable, his system won’t really catch on for a while, according to Chicago restaurateur Kimberly Phillips of Blackbird and Avec. Acknowledging that Kokonas’s system is “innovative and super creative,” she noted that such a system would only work for a highly exclusive restaurant. “I think for us and our style of reservations, it would not be a fit, because we do love walk-ins, and we do want to be accessible, and we do want to be able to welcome someone who just got into town.”