Being Vietnamese In New York, There’s No Way Home

Being Vietnamese In New York, There’s No Way Home 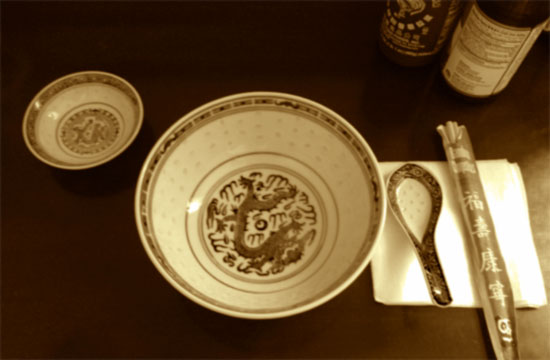 The first time I really threw myself into reading the great and influential food writers — Ruth Reichl, Anthony Bourdain, Brillat-Savarin, M.F.K Fisher, countless others I’ve done injustice to by not mentioning them for brevity’s sake — I noticed that their work all had one thing in common: memories.

The first chapter of Kitchen Confidential, where a child Bourdain plucked his first oyster from the sea and ate it to prove he had guts, the way that Gabrielle Hamilton teased out the details of a rich, raucous family party with a roasted lamb in Blood, Bones and Butter, even the original food-spawned memory — Marcel Proust’s madeleine — each hinted at the magical and raw power that food could have over a human being. At their best, food writers deal in awe, knowing that food helps us glimpse the future, just as easily as it can yank us back in time and space, to a state of mind that can only exist in memory.

Ever since I moved to New York and crash-landed into this job, I’ve seen the world and the future through my palate. I’ve dined on paradigm-shifting salmon from a three-star Michelin chef, fragrant steamed buns from a screaming Chinese lady from Bensonhurst, blistering curries from the Jamaican place by my apartment, Russian herring I plucked dubiously from a barrel. I can eat weird, boggling things, like foie gras doughnuts, pig eyeballs, horse bologna, you name it.

But the looking back part? The part where Anton Ego takes a bite of ratatouille and instantly relives his childhood in France?

I haven’t had that moment in a year.

The first time I really noticed this was in a Vietnamese restaurant near Canal Street that I won’t name, when I sat by myself after a long day at work, and ordered that one dish I always looked to when stress-eating: barbecued pork over broken rice, with a side of fried egg rolls and fish sauce. Historically, this dish makes me feel better. No matter where I happen to be, it reminds me of Sunday family brunch at the Pho Ha in Dorchester, Massachusetts, which left the happy smell of limes and fish sauce lingering on my palms. (“Pho hands”, I call it.) I wanted to remember squirting smiley faces into a sauce dish with a Sriracha bottle, my baby sisters somehow getting rice noodles in their hair, my mother daring me to eat more Thai chilis. (“Every one eats hot stuff — Middle Eastern, Mediterranean, all hot,” she’d boast, popping the tiny chilis in her mouth like demon Tic-Tacs. “You want to be a world traveler, miss? If you not want to eat spicy food, you miss out on a lot of stuff.”) I wanted a soothing, calming memory, conjured through the magic of flavor and smell and nostalgia.

The first bite was hot. And that’s the end of anything good I have to say about it.

Even doctored with mint leaves, even bandaged with lettuce, even dunked into a watery fish sauce with chili slices sloshing like life preservers, nothing changed: the egg roll sat in my mouth, a lump of salty hot protein mush that didn’t even have the courage to be gross. At least I could feel indignant about bad tasting food. At least I could go up to the Chinese waiters and fling it in their faces like a slanty-eyed Joe Bastianich with boobs: “This is a disgrace! This is an insult to Vietnam! How dare you do this to the food of my people!”

Apathy won, however, and I swallowed.

Too quickly, before I even mustered the willpower to finish the egg rolls, a wan-looking pork chop arrived on a bed of rice, morosely accompanied by a tomato wedge and a square of iceberg lettuce. Automatically, I drizzled a circle of fish sauce onto my plate and shoveled it into my mouth, feeling and remembering nothing — except maybe, in retrospect, an unsettling flashback to being seven, to that one time my aunt made me eat an entire pound of meatballs, screeching Communist-ready slogans like You Wanted To Make Meatballs So You Better Eat All Those Meatballs and Your Family Starved During The War and Are Your Parents Teaching You To Waste Food? Is That Why You Can’t Speak Vietnamese?

Out of principle, or reverence to her exceptional shame tactics, I ate everything on my plate, like a Good Daughter Should.

And this farce played out in multiple Vietnamese restaurants — not just the a few run by some eager liberal arty backpackers who discovered how to make a knockoff banh mi that inexplicably costs $6, but the tiny handful of restaurants run by a marginally larger group of Vietnamese immigrants who settled in New York City. Wikipedia pegs the population at around 13,000. Conversely, there are three Chinatowns in three different boroughs of New York City with nearly 700,000 Chinese immigrants and Chinese-Americans. They also have amazing dumplings.

Am I complaining? Okay, fine, yes — I am. The Vietnamese food scene in New York City is lacking, as I’ve confirmed with every Vietnamese chef winding their way through the fine-dining scene in this city, every Vietnamese immigrant I’ve found here, and some non-Vietnamese chefs as well. Jacques Pepin, whose eyes lit up with delight as he described how a friend taught him to make nem nuong (pork meatballs wrapped in lettuce), smiled sadly when I asked him once if he knew of any decent places. “Michael Bao left,” he said. “Other than that, I don’t know.”

We were at the James Beard House and below our balcony, three brilliant chefs made three types of burgers, a sommelier poured a stellar pinot grigio, a Louisiana seafood trade group laid out an array of Gulf oysters on ice, and someone left baskets of blue potato chips lying around. ‘Is this what gavage feels like?’ I thought. Poor ducks.

I blurted “well, that sucks,” to no one in particular.

If Pepin was surprised by my outburst, he didn’t show it — he smiled and nodded, and I sighed. “I’m sorry. It’s just — I’m sure if you were feeling homesick, you could walk into a bistro like Balthazar and order an excellent poulet roti, right? I’ve just been having this moment lately where none of the Vietnamese food in the city’s really satisfying.”

“Well, why don’t you open your own place?” he asked.

For a moment, the thought of opening my own place — a truck? A basement in the Lower East Side? A storefront in Brooklyn? — flashed through my mind. I’d have to start a social media feed, tap into some sort of cultural zeitgeist, translate the weird foods that I grew up eating into something New York ready, not to mention draw on what limited restaurant experience I had to translate something I wasn’t even sure I could cook correctly.

Because I can’t, I wanted to say, the concepts tumbling around my head with no logic or direction. Because it’s not just the pho I miss, or the egg rolls, or the smell of fish sauce that comes in a giant bottle. Because I can tell that the Vietnamese chef making my pho is surrounded by waiters and busboys who don’t know what cha lua is, and he serves customers who don’t know that he needs to gently char his onions and ginger before throwing them in a vat with fat marrow bones. I can taste that he leaves his restaurant — in Chinatown — and goes home to a Dominican neighborhood, that he shops at a market wedged between Korean tea shops, that it’s been years since he’s known enough Vietnamese people to celebrate a proper, enormous, week-long Tet, with moon cakes that don’t taste like cardboard and streets crammed with his countrymen draped in South Vietnamese flags. ‘I want to bring him home with me,’ I thought. I want to be home.

“Because I’m a writer,” I said, speaking aloud again, “and therefore a coward, when it comes to taking such a bold action like opening a restaurant.”

We both laughed a little and sipped some white wine. Then the Frenchman and I headed downstairs and ate what we both agreed was one of the best hamburgers we’d ever had, strangers in a deliciously strange land.