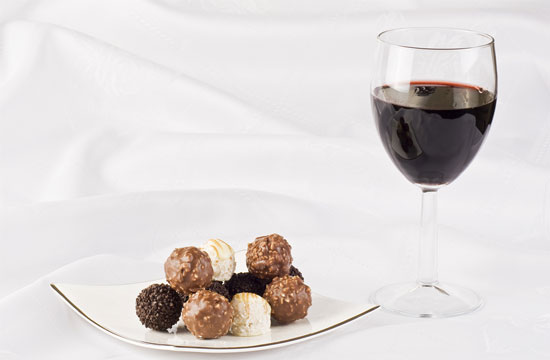 Today, two reports were released in succession, each painting a bleak picture of the future of food — particularly the future of luxury food. Wine and chocolate are now endangered species, which is really, really not good. (Amirite, ladeeeez.)

Chocolate faces the worst possible outcome: in only seven years, industry experts predict that the world’s demand for chocolate will outstrip its supply.  The growing Asian market for chocolate, combined with the shrinking land available for cocoa plantations (not to mention the fact that it takes four years after cocoa trees are planted to be harvested), means that the world’s chocolate shortage will begin precisely on October 20th, 2020.

“We need another Earth basically if we carry on at this rate,” expert and professional chocolate taster Angus Kennedy said at an meeting in London, according to the Indian Express. “We are destroying the whole thing.”

Wine might fare better, but that’s a relative term: last year, according to Quantz, the world’s wine was undersupplied by over 300 million cases. Again, demand outstripped supply, with declining production in many of the world’s top vineyards to blame:

Europe, which has easily been suffering the steepest decline in wine production (roughly 25% since 2004) will have to reverse its recent bout of poor harvests well into the century to continue supplying the world—Europe, after all, still makes roughly 60% of the world’s wine. Nowhere else is wine production growing fast enough to suffice. The “new world” market, which includes the US, Australia, Argentina, Chile, South Africa and New Zealand, still accounts for less than 30% of global wine exports, and even less of global wine production.

But we did say that wine was doing better than chocolate, and here’s why: 2013 global wine production has reached a seven-year high, and experts agree that the trend will hold over the next few years, reversing “five modest harvests in a row and an exceptionally weak 2012 harvest,” a press release from the International Organization of Vine and Wine claims.

Until then, singletons and pastry chefs are going to have to figure out something else to do on their lonely Saturday nights. (Beer and cheese? Beer cheese?)

RELATED:
In Italy’s Pizza Boom, Egyptians Man The Ovens
Munich Runs Out Of Beer Bottles And Crates As Oktoberfest Approaches
Next Summer Won’t Be So Burger Or Pork-tastic Thanks To Devastating Drought