Roger Ebert On The Poignancy Of Food, When You Can’t Eat 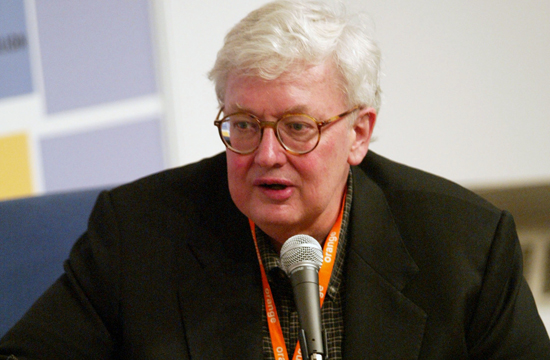 Film critic Roger Ebert, who passed away last night at the age of 70 after a long battle with cancer, was never quite known as a food writer. (He sort of did a movie thing and created an entire genre of writing. No big deal.) But after he lost his lower jaw to a cancer-related surgery — and with that, the ability to both speak and eat food — he eventually turned that experience into one of the best food essays that still wasn’t about food that we’ve ever read.(And we are not hyperbolizing — it is really, really beautiful.)

I dreamed. I was reading Cormac McCarthy’s Suttree, and there’s a passage where the hero, lazing on his river boat on a hot summer day, pulls up a string from the water with a bottle of orange soda attached to it and drinks. I tasted that pop so clearly I can taste it today. Later he’s served a beer in a frosted mug. I don’t drink beer, but the frosted mug evoked for me a long-buried memory of my father and I driving in his old Plymouth to the A&W Root Beer stand (gravel driveways, carhop service, window trays) and his voice saying “…and a five-cent beer for the boy.” The smoke from his Lucky Strike in the car. The heavy summer heat.

For nights I would wake up already focused on that small but heavy glass mug with the ice sliding from it, and the first sip of root beer. I took that sip over and over. The ice slid down across my fingers again and again. But never again.

One day in the hospital my brother-in-law Johnny Hammel and his wife Eunice came to visit. They are two of my favorite people. They’re Jehovah’s Witnesses, and know I’m not. I mention that because they interpreted my story in terms of their faith. I described my fantasies about root beer. I could smell it, taste it, feel it. I desired it. I said I’d remembered so clearly that day with my father for the first time in 60 years.

“You never thought about it before?” Johnny asked.

“Could be, when the Lord took away your drinking, he gave you back that memory.”

Read the rest of his essay on his Chicago Sun-Times blog below.