Top Chef: Where Are They Now? Richard Blais

Top Chef: Where Are They Now? Richard Blais 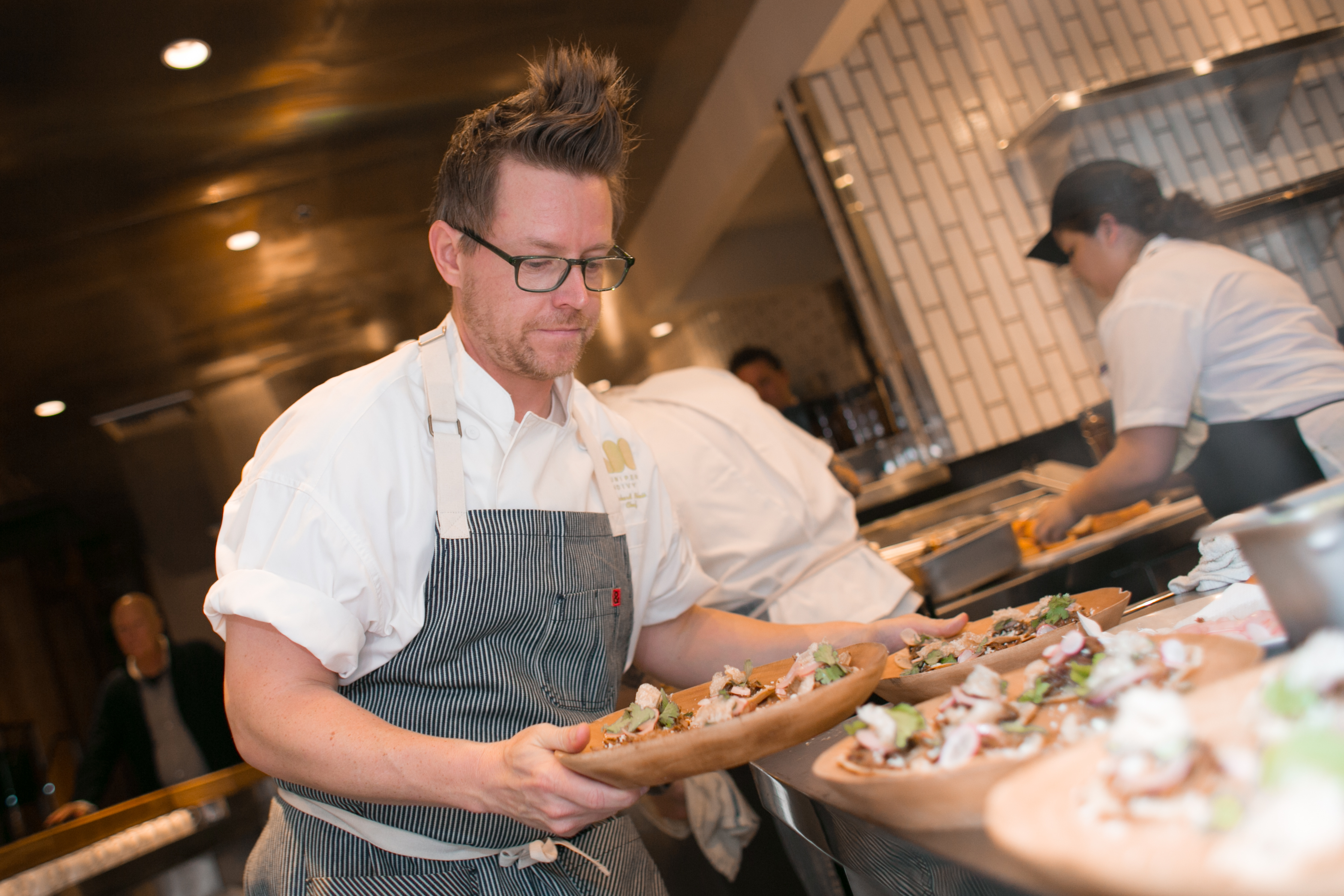 If you didn’t know Richard Blais from season 4 of Top Chef, you definitely know him now. Blais was a runner-up on his season (Stephanie Izard won the competition), but he went on to compete in Top Chef: All Stars and earned $200,000 along with, of course, the title of Top Chef. Now, he’s a recurring judge on the show and we’ll see more of him next season in Charleston.

Currently, he runs six restaurants: Juniper & Ivy, The Crack Shack, and FLIP Burger Boutique, which has four locations. He also released a book in 2013 called Try This at Home: Recipes from My Head to Your Plate. The book was nominated for a James Beard award. We caught up with Blais, now one of the most recognizable alumni of the show to find how what he’s up to now and where he’s going:

TB: How did your life change in the immediate aftermath of Top Chef?
RB: I got a few more emails… some new Twitter followers… It wasn’t this cataclysmic moment. I’ve been grinding it out for a while, so it was certainly a great moment, very emotional – both times – but the life changing stuff isn’t immediate.

TB: How has your life changed in the long term?
RB: Definitely much busier. It’s given me the opportunity to do and try things I never thought I would – like running marathons. Writing. Acting. Producing. Being a restaurateur, etc. Also, I think it’s made me more responsible, a better husband and dad I’d say.

TB: What is the most important lesson you learned from Top Chef?
RB: That a good haircut can go a long way.

TB: What’s next for you?
RB: I’ve got a lot in the works right now – continually growing and expanding in all aspects. More restaurants, books and TV.

TB: Do you still keep in touch with anyone from your season of Top Chef?
RB: We catch each other around and we are all on the circuit. Saw Eli (Kirshtein) and Michael Voltaggio in Austin recently, Antonia Lofaso in LA. Snapchatted with Brooke Williamson a few weeks ago. Shared a text with Dale Talde…we are all family in a lot of ways.

TB: Who are your favorite chefs (past and present)?
RB: Alton Brown, Gordon Ramsay, Guy Fieri, Rachael Ray, Tom Colicchio, Padma Lakshmi, Gail Simmons, Anthony Bourdain, Emeril Lagasse . . .
To be a chef, writer, critic, etc., and do that well, and also be capable of entertaining and delivering a performance takes a special set of skills and talents. As a younger chef, I remember scoffing at the likes of an Emeril. How naïve. These people are incredibly talented in multiple ways.

TB:If you could only have one condiment for the rest of your life, what would it be?
RB: Ketchup, without question.

Top Chef: Where Are They Now? Kevin Sbraga