What Is Mario Batali Eating On His Food Stamp Budget? 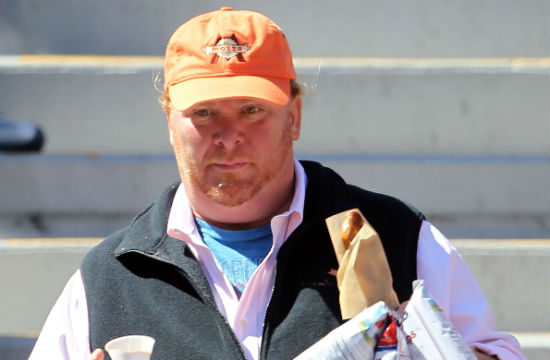 Mario Batali recently announced that he would be putting himself and his family through the food stamp challenge of eating on just $31 per person for a week to raise awareness about potential cuts to the food stamp program pending in Congress. So what’s The Chew‘s host cooking up for just $1.48 a meal?

“Rice and beans is in my lunch every day,” he told The Huffington Post. “We got a bag of mini gala apples for $3. We bought a pork shoulder roast for $8 and got two and a half meals out of it. I got a whole chicken for $5, but it was spoiled so I had to return it and got a $7 chicken instead. They were out of $5 chickens.”

He’s now on the fourth day of the challenge and definitely bid organic, free-range, and fair trade labels farewell, claiming that buying conventional cuts his grocery bill in half.

“I thought spare ribs were cheap,” he groused. “Spare ribs this week are $5.95, so I’m making pasta sauce with two pork chops that were $1.39 a pound. It won’t have as many bones to chew on but it’ll have more edible meat, which at the end of the day is probably a better deal.”

Above all, Batali hopes that people don’t consider the challenge crass, but rather a learning experience about the plight of families on food stamps: “We, hopefully, aren’t pretending or being like a bunch of yuppies saying, `Oh yeah, this is how you can do it. Look, we can grind our own oats!’ We want people to think about calling and talking to their representation about cuts to the Farm Bill and the food stamp program.”

Fair enough, but we’re pretty sure Mario’s rice and beans are considerably more delicious than our college ramen creations from back in the day.