Wylie Dufresne: ‘Delicious Is The Most Important Thing’ And How To Not Stab Yourself 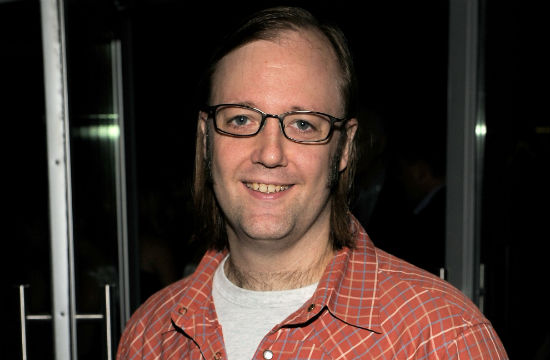 This week I had the pleasure of chatting with Wylie Dufresne on the state of celebrity chefdom, his new East Village neighborhood hang, Alder, and how awesome it was to be on Treme. The unsurprising theme of our short interview was what an all-out nice guy Dufresne is — how modest, and generally excited he is about where he’s been able to go in his career. He refuses to engage with me on the “Molecular Gastronomy” debate, and gives near-constant props to some of his peers in the game, even celebrating those who’ve become media moguls by now.

In the Q&A below, Wylie talks about his creative process, including the birth stories of a couple Alder dishes, mentions time and again that he values the taste of his food above all the hype in the world, and shares a few ‘scared shitless in the kitchen’ moments. If his goal is to have Alder be the round-the-way restaurant you just want to stop in for an easy bite, well, I can’t think of any chef who’d make a better neighbor.

The Braiser: You’ve opened a couple restaurants, received James Beard nominations and a Michelin star. You were on Top Chef Masters, Treme, and have even been shouted out by The Simpsons – did anything in particular stand out as the moment you felt you’d ‘made it’?
Wylie Dufresne: For me it’s all been about the restaurant. I always wanted to have a restaurant; I always wanted to be a chef in a restaurant. All that other stuff is great, and it’s a great honor — or a series of honors — or a great acknowledgement.
For me, I really wanted to have a restaurant that I could be proud of, to have the respect of my peers, and that a few people would show up and eat on occasion. That, for me, was the goal. So when I sat in the kitchen all by myself one night at wd-50, I don’t remember if it was the day before or the day after it opened, somewhere around that point, that’s when I sort of felt like ‘Wow, this is really happening.’
The rest has been a wonderful ride that I feel fortunate to be on. But I don’t really have a moment where I’m like ‘Wow, I’ve made it,’ you know? Getting married, having two kids, those are milestones that I think are on a different level for me.
TB: Going back to ‘sitting in the kitchen’, could you talk to me a little bit about this weird world of ‘Celebrity Chefdom’? Because I feel like the sort of dank, reclusive life in the back of a kitchen is so opposed to all the media attention and spotlight.
WD: Well I mean, I don’t know if I, technically, am a celebrity chef. I’m no Bobby Flay, I’m no Emeril, I’m no, I don’t know what you call people like Rachael Ray even. I have a certain amount, I suppose, of notoriety because of the opportunities that I’ve been afforded. I feel lucky. Those things are great because they put people in the seats, which is great because wd~50 has not always been wildly popular. So the opportunity to use other forms of media to drive people to the restaurant, I feel grateful for and appreciative of.
The celebrity chef thing, it’s a little weird, you know? It’s not why I got into it. I think that there are certain people that have decided that that’s what they’re looking for and I think that there are young people today that just simply get into it so that they can become celebrity chefs. But it was never an end game for me, it was a by-product that was very helpful at times, but was never the sole intention.
TB: Do you think that celebrity in and of itself is a challenge to chefs who actually want to be chefs?
WD: I’m not judging anybody…I think people pick the path that they ultimately believe works for them and I think that that’s fine. Emeril Lagasse or Mario Batali, those guys worked for 25 years anonymously before it all happened. They didn’t skip any steps; I have no beef with those guys. Working in a kitchen is hard, hard work, and to ultimately get that reward after all the work that they’ve put in, I don’t see that as objectionable.
I went to Po when Mario was back there working his tail off, and running Commander’s Palace is no easy gig. I think that anyone should walk a mile in their shoes, and I think that those guys have all earned it. Whether its Jean-Gorges [Vongerichten] or Daniel [Boulud] or any of those guys above me that have toiled away for so long, I’m happy to see them finally get something. I think that it’s more than well deserved.
TB: Bringing us back to your new baby, the Alder website says that the menu: “Takes familiar dishes and flavor combinations and presents them in a unique style.” When you’re riffing on a classic dish in that way, do you start with an ingredient that you’re excited to play with, or do you start with a classic dish that you want to reinvent?
WD: It can go either way. Sometimes you start with flavors, and you start to build and you end up at a classic. Or sometimes you start with a classic. Sometimes you start with a technique. Creativity is never linear, it’s not like ‘Today let’s sit down and be creative’. I think that that’s an important exercise for people.
You don’t always know how or when lighting’s gonna strike. I try to talk to the guys about being prepared for when it does hit you, to know how to grab it and get a hold of it. It can be an idea that one guy has and another person changes, or it can be something that started in the dessert station that moves on to the savory side. It could be a seasonal change, it could be just that we’re excited about this particular fish coming around…it happens a lot of different ways. I’m more interested that it happens ultimately, than how it happens.

TB: Do any of the items on Alder’s menu have a particularly interesting birth story?
WD: Yeah, I think that there are lots of them. The Caesar Nigiri was our sous chef Ryan Henderson. We tried several guys out for the job and when he came around — we made everybody cook food for us just to see where they were at — he had an idea for a Caesar Nigiri. It’s not the exact way he presented it to us now on the menu, myself and John Bignelli, the executive chef, and Ryan, we’ve all worked on making it better. It was a dish that got him a job, so that’s kind of a good story.
The Rye Pasta, another one that started with Ryan, is something that ultimately became to me, I don’t want to say a “love letter”, but a nod to the neighborhood and to the fact that we’re right across the street from the former 2nd Avenue Deli. And wd~50 is right down the street from Katz’s. Pastrami on rye with pickled green tomatoes was something that resonated for me as a kid. We started talking about a dish, and then we built on it: It didn’t originally have pickled green tomatoes and it didn’t have this, and it didn’t have that, and it didn’t have a piece of actual pastrami in the bottom of the bowl, but as we began to taste it and try it and tweak it; we started to draw on old memories and geography and nostalgia.
TB: The Nigiri was a dish that got Ryan his job, was there ever a dish that got you a job?
WD: That’s a good question, I don’t know. I was lucky, I think, insofar as all the jobs I’ve had I didn’t have to do that. I didn’t have to cook and prepare something for anybody. When I worked for Jean-Georges I didn’t have to try out, I mean, I had to try out for the position, but I didn’t have to try out by cooking anything. That’s not something I think of as a part of the French protocol.
TB: At wd~50 you have your $90 and $155 tasting menus, whereas Alder is being touted for its affordability and neighborhood accessibility. Can you talk a little bit about making that switch?
WD: I wanted to take a lot of the things that we learned: the techniques, technology, the knowledge and experience that we’ve had at wd~50, and apply it and deliver it in a more accessible way. Accessible in virtually every sense of the word accessible is what I wanted to do.
TB: Can you expand on the different ways that it is accessible?
WD: Well, Alder is easier to get to, it’s not as much of a commitment financially. It’s not as much of a commitment from a food standpoint, you can come in just for a snack or a bite. You can do that at the bar at wd~50, you still have that option, but generally speaking it’s a tasting menu restaurant. Whereas Alder is easier to find, easier to get to, it’s less of a commitment on a number of levels. That was one of my hopes for Alder, that it not be as much of a destination. Do you know what I mean?
I hope it’s the kind of thing where you go ‘Oh wow I was in there the other day and I just had a delicious glass of wine, and I had the pigs in a blanket, and it was really fun. I can’t wait to go back and maybe try a few more things.’ Or ‘I can’t wait to go back with five other people and sit down and have half the menu.’ You could sort of roll up your sleeves and go at it from any number of angles…it’s just more accessible.
I understand that it’s expensive to eat at wd~50 too, it’s not inexpensive. But there’s also a lot more involved in the preparation of food at wd~50 versus the food here at Alder.