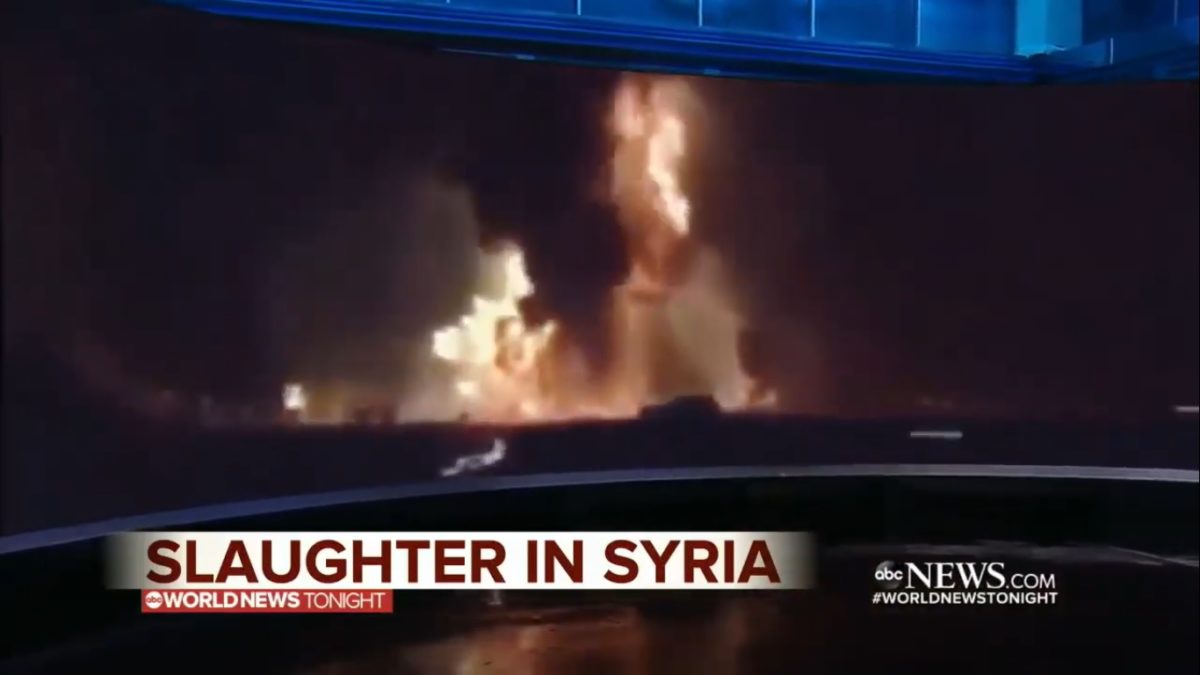 ABC News showed a fake video purportedly showing the bombing of Syria by Turkish forces, Sunday, before apologizing for its mistake.

The video, aired on ABC’s World News Tonight, with anchor Tom Llamas’ claiming that the footage showed “Turkey’s military bombing Kurd civilians in a Syrian border town.” The video, however, was not from Syria as reported, but instead “a military gun demonstration in Kentucky that was published to YouTube in 2017,” according to Gizmodo.

ABC News apologized for airing the video, Monday, and it was taken down from YouTube and ABC News’ website.

“We’ve taken down video that aired on ‘World News Tonight Sunday’ and ‘Good Morning America’ this morning that appeared to be from the Syrian border immediately after questions were raised about its accuracy,” an ABC News spokesman told Mediaite. “ABC News regrets the error.”

Further, an ABC News source tells Mediaite that the investigation into how the footage made it to air is ongoing.