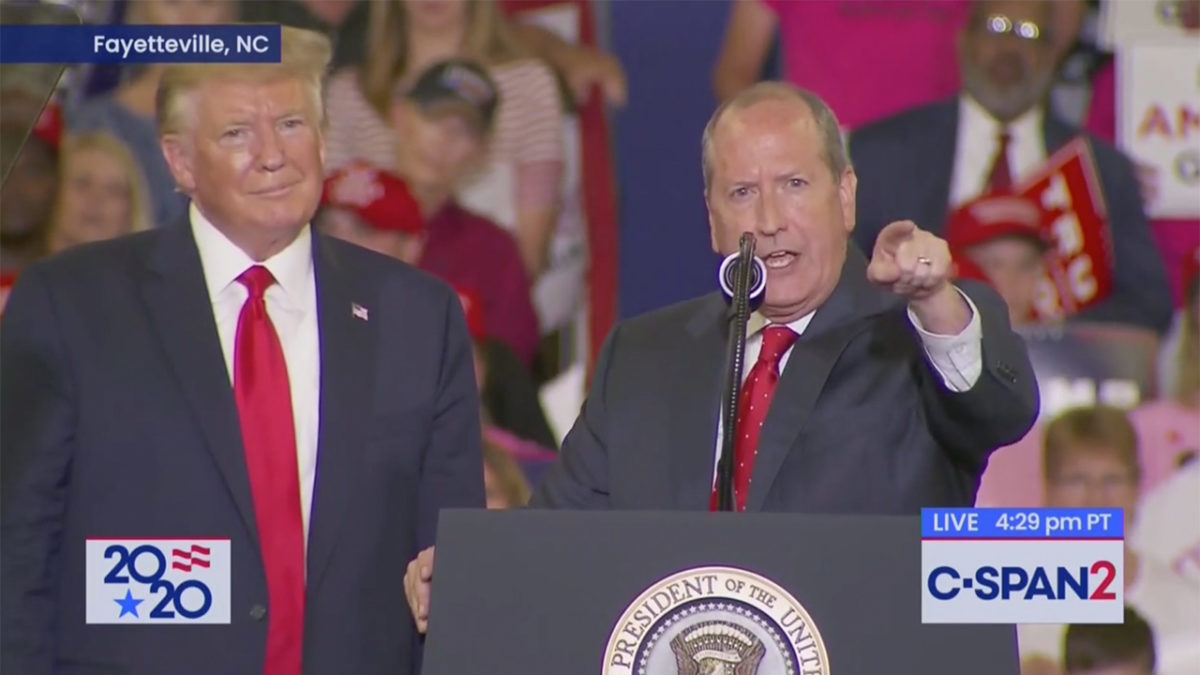 In the 2018 midterms, Republican Mark Harris defeated McCready in a very close race, but the state election board called for a new election after serious allegations of election fraud emerged.

The 9th district has been reliably Republican for years, and Trump won it in 2016 by 12 points. The president campaigned for Bishop on Monday to get out the Republican vote, and he touted how much he helped out Bishop:

Dan Bishop was down 17 points 3 weeks ago. He then asked me for help, we changed his strategy together, and he ran a great race. Big Rally last night. Now it looks like he is going to win. @CNN & @MSNBC are moving their big studio equipment and talent out. Stay tuned!