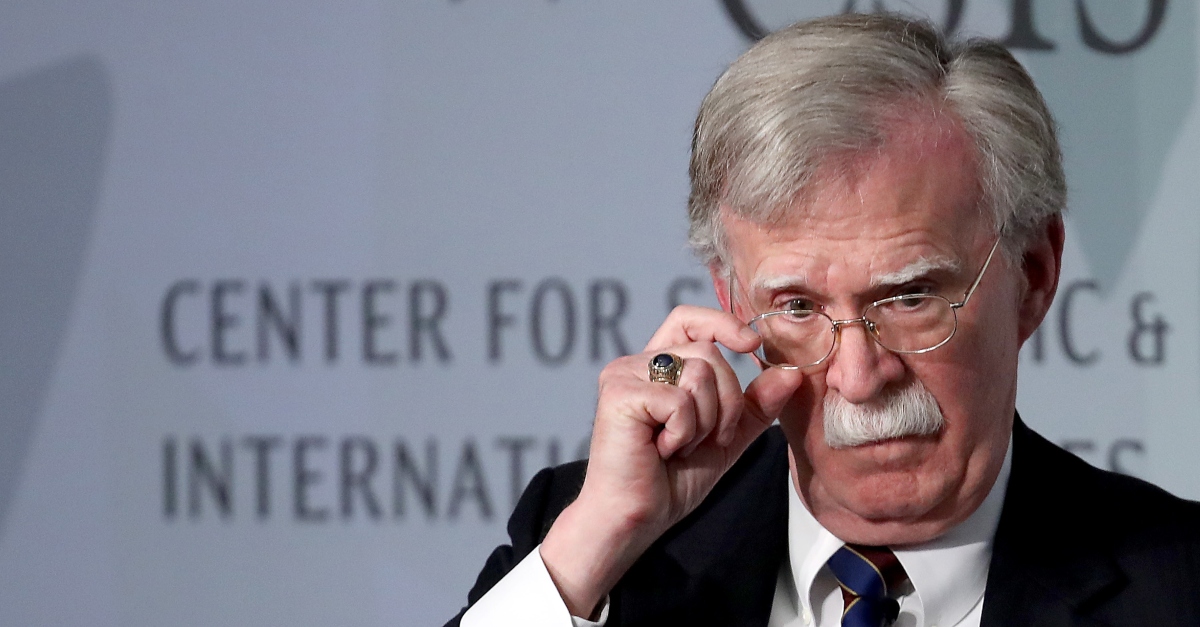 The Justice Department has filed a lawsuit against former White House national security adviser John Bolton over his upcoming book The Room Where It Happened.

Bolton’s book has garnered a lot of interest (and criticism that he didn’t share what he knows sooner) and is set to be released next week. He has already taped an interview with ABC News’ Martha Raddatz set to air this coming Sunday.

The DOJ has now filed a civil lawsuit against Bolton to stop the book. Per ABC News:

“The United States is not seeking to censor any legitimate aspect of Defendant’s manuscript; it merely seeks an order requiring Defendant to complete the prepublication review process and to take all steps necessary to ensure that only a manuscript that has been officially authorized through that process—and is thus free of classified information—is disseminated publicly,” the filing says.

Additionally, the DOJ in the filing asks the judge to establish a “constructive trust on any profits obtained from disclosure or dissemination” of Bolton’s book in the event they want seize the profits from Bolton directly.

The Trump administration has been fighting to stop the release of Bolton’s book, which apparently says he found the scope of the impeachment to be too narrow considering what he witnessed “transgressions… across the full range of [Trump’s] foreign policy.”

"The judge is going to have to decide: 'Is this classified or not?'" #MTPDaily