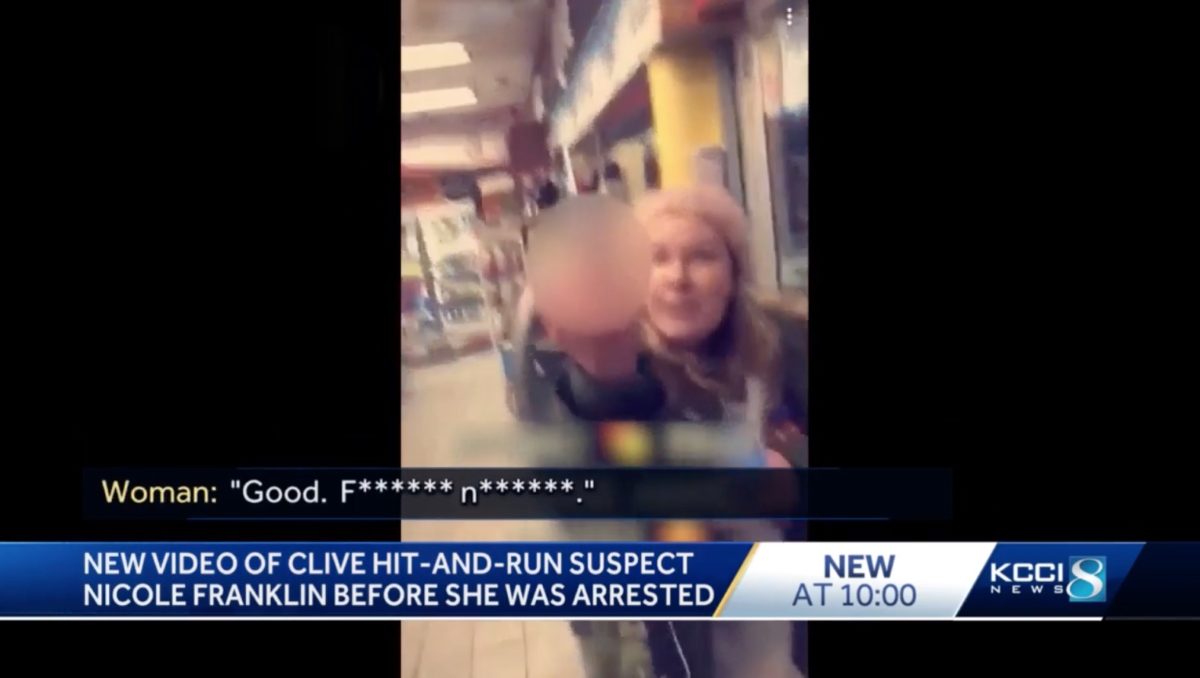 An Iowa woman was charged with two hit and runs, including for one 14-year-old girl she said she targeted because she thought she was “Mexican.”

Nicole Marie Poole Franklin, a 42-year-old resident of Des Moines, is facing a new assault charge after she was charged with striking a 14-year-old girl with her jeep on December 9. The police told reporters that Franklin admitted to trying to hit “a Mexican” when she ran over the young girl and fled the scene afterwards. The girl was hospitalized for her injuries.

Authorities also told reporters that Franklin is being charged for a separate instance of attempted murder, for an attack that happened about an hour before she ran over the teenager, Franklin allegedly tried to run over a 12-year-old African American boy who was walking on the sidewalk by an apartment complex. Witnesses say they saw Franklin’s car speed up as it hit the curb, left the boy with minor injuries and then drove away.

Des Moines Police Sergeant Paul Parizek explained that when Franklin was arrested at a convenience store later that day, she yelled racial obscenities at store employees and customers while she was being confronted for shoplifting. KCCI reports that Franklin has also been charged with public intoxication and possession of illegal substances after telling the cops she smoked methamphetamine within five hours of the incident.