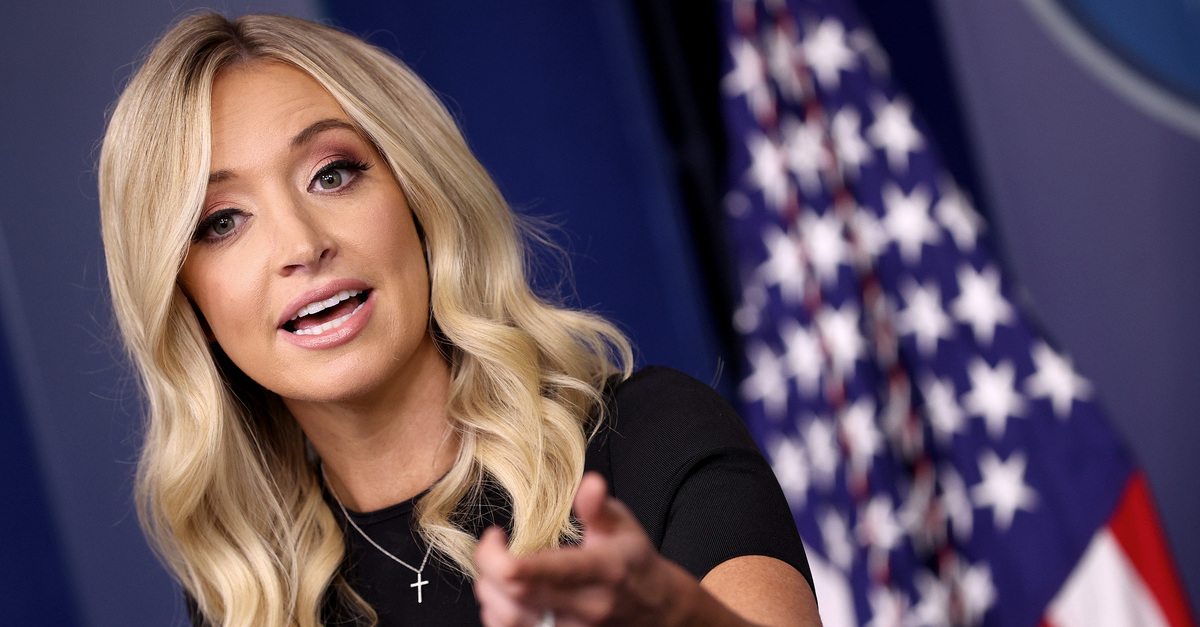 UPDATE 12:20 p.m.: Fox News denied that former White House press secretary Kayleigh McEnany has joined the network in a statement to Mediaite. A source said the discussions with McEnany, which started after the election, have since been paused.

“Kayleigh McEnany is not currently an employee or contributor at FOX News,” the network said.

The statement comes after McEnany revealed on a financial disclosure form that she had reached an employment agreement with Fox News.

A source familiar with the negotiations explained that the network was discussing an on-air role for McEnany after the election — but those discussions were paused. The source said the Fox is open to hiring McEnany in the future, as the network does not condone cancel culture.

The financial disclosure report revealing the agreement was obtained by watchdog organization CREW. The disclosure listed an agreement with Fox Corporation, the parent company of Fox News, to start work in January 2021.

McEnany, a former CNN contributor, made regular appearances on Fox as a national spokesperson for the Republican National Committee.

She was named White House press secretary in 2020, becoming Trump’s final briefing room spokesperson. She continued to give interviews to Fox on a regular basis while simultaneously holding the title of “Trump 2020 campaign adviser,” allowing her to pocket a salary from the White House and the campaign.

McEnany became an almost nightly presence on Hannity in the aftermath of the election, pushing Trump’s baseless claim the election was stolen. According to reports, she appeared on Fox News more than 20 times since November 3.

McEnany’s tenure as Trump press secretary was defined by fiery if infrequent press briefings, in which she clashed with the White House press pool and delivered regular screeds against the president’s foes.