Nate Silver's FiveThirtyEight Has Biden as a Near Lock, 88% Chance at Delegate Majority Compared to Bernie's 2%

Nate Silver’s FiveThirtyEight Has Biden as a Near Lock, 88% Chance at Delegate Majority Compared to Bernie’s 2% 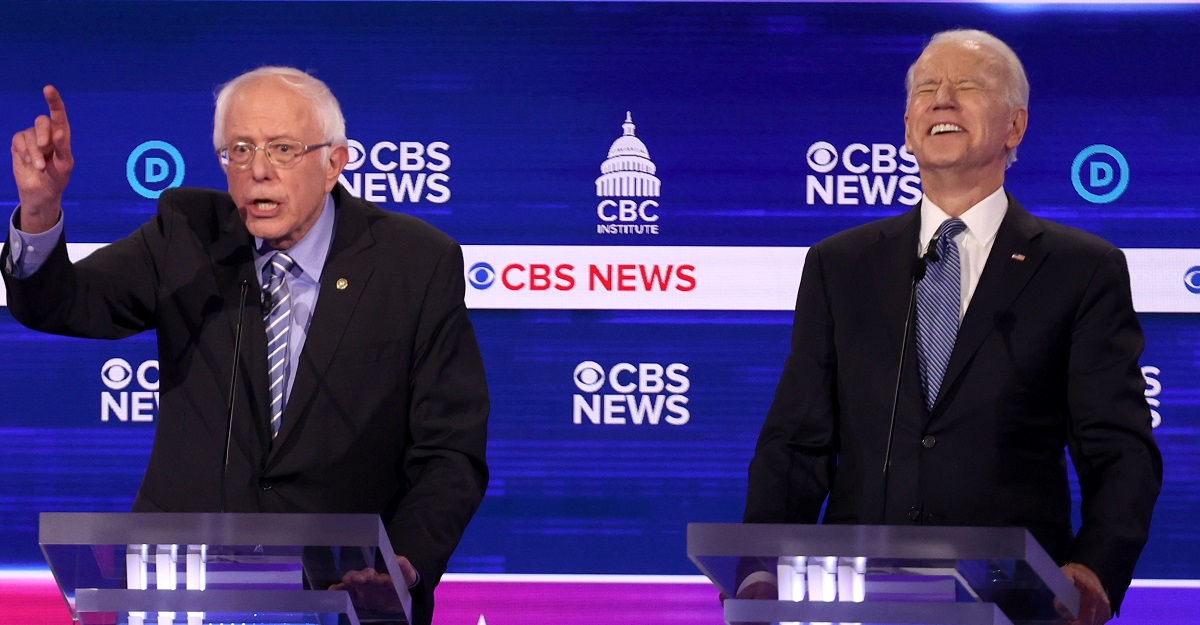 Silver’s FiveThirtyEight statistical model for the 2020 Democratic primary race shows Biden with a near-lock on the nomination, and Sanders with the slimmest of chances at earning enough votes to take the nomination before the Democratic National Convention:

Sanders has to come back quickly when the momentum is currently against him in a bunch of states that are not very good for him — or it will be too late. It’s not impossible. But the chances are low. The model gives Biden an 88 percent chance of winning a majority of pledged delegates, with most of the remaining outcomes being “no majority” rather than a Sanders majority. It also gives Biden a 94 percent chance of winning a plurality of pledged delegates, and Sanders a 6 percent chance.

Silver also notes that things could be even worse for Sanders than the current model predicts, because “there are some signs that late-returned mail ballots in California will help Biden — a reflection of the fact that Biden surged in the race in the final few days before Super Tuesday.”

The analysis doesn’t look good for Sanders, whose chances of winning the nomination outright are now lower than the mortality rate of the coronavirus, but as the past week’s shocking turnaround demonstrates, you really don’t ever know.

“The model does not account for other real-world contingencies such as Biden dropping out because of a health problem. (It assumes that the delegate leader never drops out of the race.),” Silver writes, adding “But the comeback path is not going to be easy for the senator from Vermont.”

If Sanders can take comfort in anything, it’s that Silver’s model predicted Hillary Clinton had a 71.4 percent chance of defeating Donald Trump — although she did win 3 million more votes than he did.