O.J. Simpson Joins Twitter With a Message About Some ‘Getting Even to Do’

Simpson posted a video saying, “There’s a lot of fake O.J. accounts out there. So this one… is the only official one. So this should be a lot of fun. I’ve got a little getting even to do. So God bless, take care.” 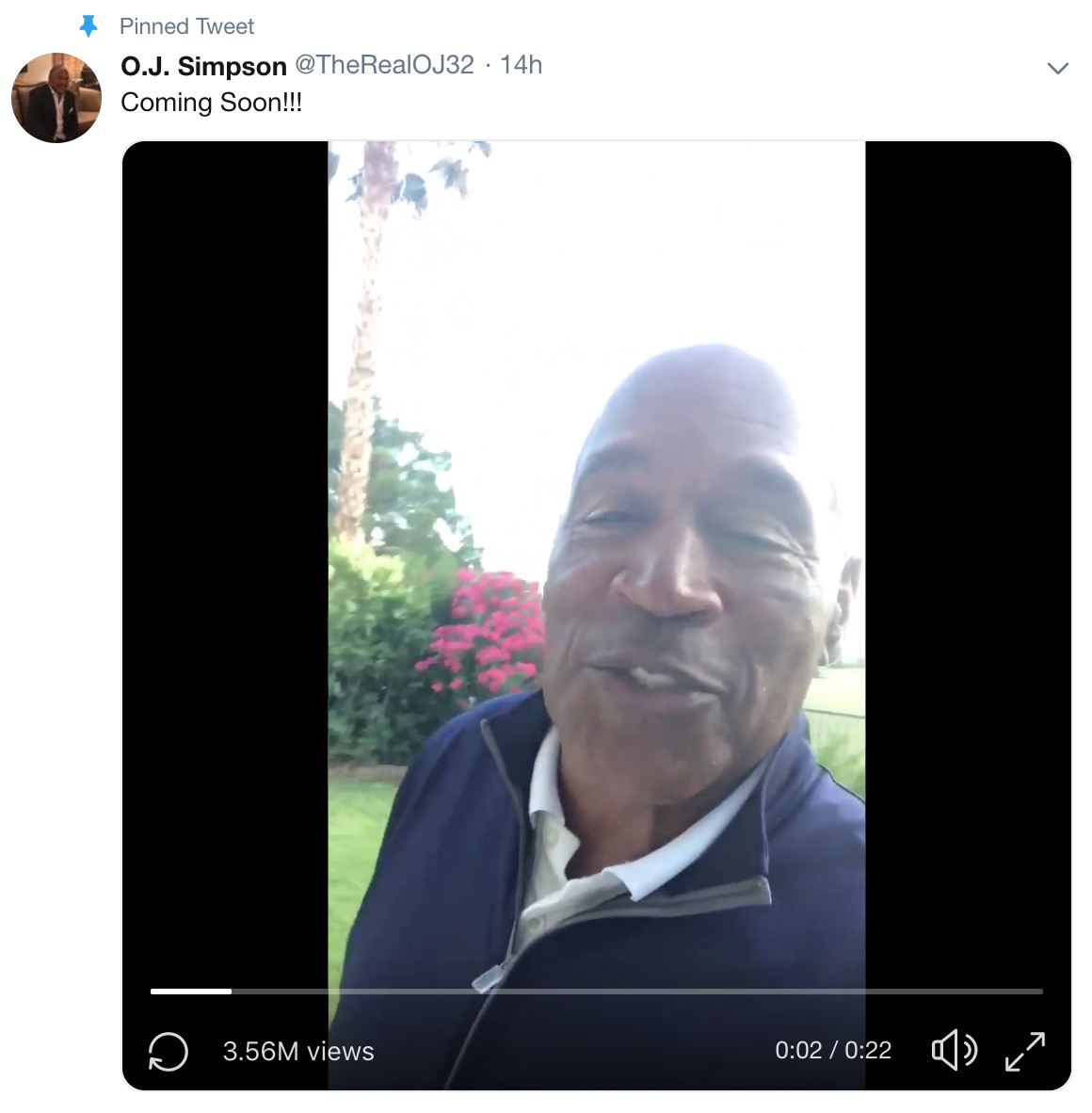 This week marked exactly 25 years since the murder of Nicole Brown Simpson and Ron Goldman. In a statement confirming the authenticity of the account, Simpson’s attorney told CNN, “Mr. Simpson is the most positive person I’ve ever met. He’s also very well informed on current events. He will not be negative. Nor will he comment on the LA thing [emphasis ours]. It will be one of the best accounts on Twitter to follow.”

And O.J. Simpson of all people joining Twitter got basically the reaction you would expect:

OJ Simpson really decided to start a Twitter account on the week of the 25th anniversary of his wife's murder. pic.twitter.com/VHEFitovdA

Me leaving Twitter when I hear OJ say he's got some "getting even to do." pic.twitter.com/OSVxB8sVXo

This account's gonna be killer.

"I've got a little getting even to do…" might not be the word choice you wanted to go with, OJ… https://t.co/KIhA4UOuzl

OJ announced he’s joining twitter cause he’s “got a little getting even to do” which is definitely premeditation, your honor