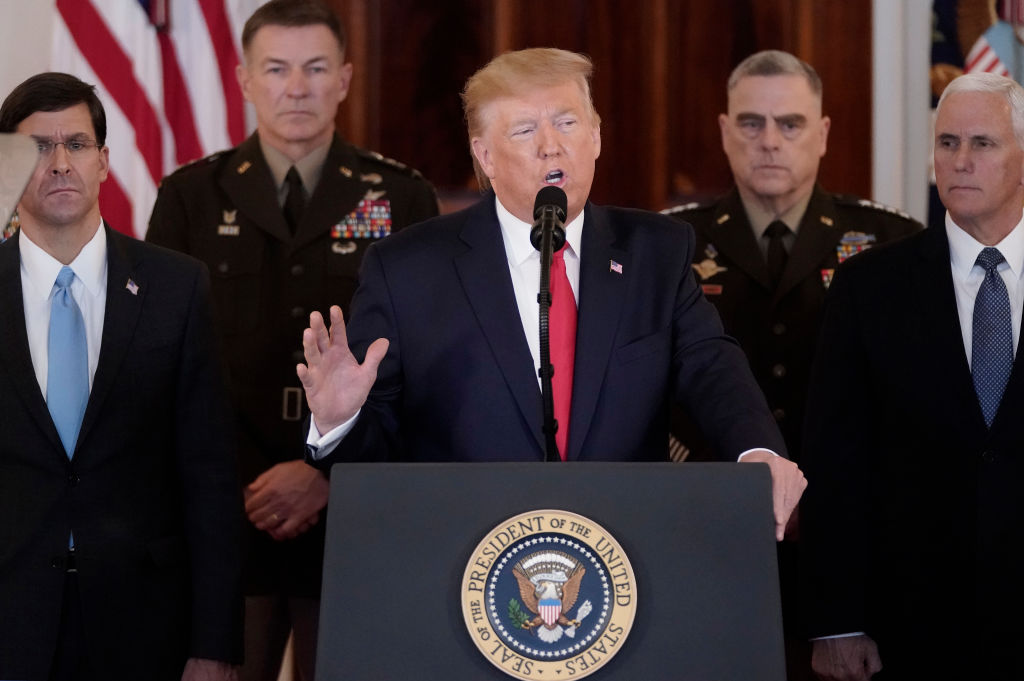 The American public is highly skeptical of the benefits of President Donald Trump’s latest actions against Iran, and most fear that his decision to kill Iran’s Quds Force commander Qasem Soleimani will have dangerous unintended consequences.

That’s according to a USA Today/Ipsos poll, which found 55% of Americans think the fatal airstrike on Soleimani last week made the country “less safe,” while only 24% thought it made the country somewhat or much more safe. In addition, a majority — 52% — of Americans characterized the fatal airstrike, which prompted twin Iranian retaliatory strikes on US forces in Iraq earlier this week, as “reckless,” versus 34% who did not.

Intensity of concern about the strike was also strongly in favor of those who said the killing of Soleimani, who was designated a terrorist by the US government, made the nation less safe. Nearly 3 in 10 surveyed said his death made the US “much less safe,” while only 1 in 10 said it made the country “much more safe.” And nearly a third of Republicans joined with most Democrats and Independents to say Soleimani’s death increased the threat to the nation.

Opinions on the airstrike itself were more mixed, a plurality of Americans — 42% — supported it, but a third opposed it and a quarter were unsure.

Likewise, a plurality of Americans detected an ulterior motive in Trump’s airstrike, with 47% saying he killed Soleimani to distract from his upcoming Senate trial after the House impeached him, while 39% did not see a connection.

And finally, the public mostly sides with Speaker Nancy Pelosi and the Democrats who just passed a House resolution that would limit Trump’s war powers going forward with respect to Iran, unless he gains Congressional approval first. By 20 percentage points, — 53%-33% — American say they support such a move.