Princeton Removes Woodrow Wilson From School For Racist Past 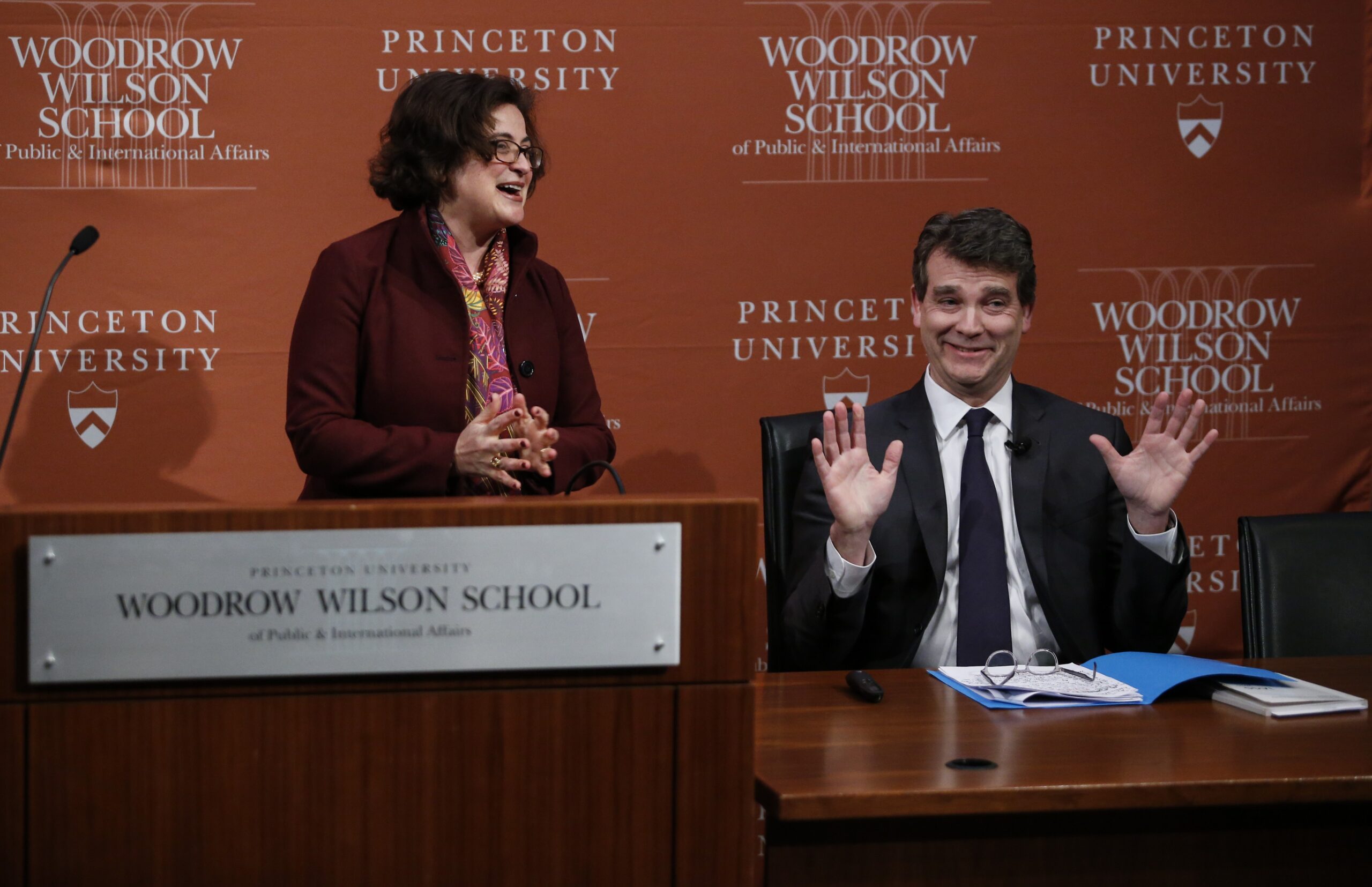 Princeton University is removing Woodrow Wilson, the 28th President of the United States and one of their own alumni, from the name of its public policy school and a residence hall. University trustees announced the decision Saturday citing Wilson’s “racist thinking.”

“Woodrow Wilson’s racist thinking and policies make him an inappropriate namesake for a school or college whose scholars, students and alumni must stand firmly against racism in all its forms,” said Princeton president Christopher L. Eisgruber.

The University also said it would be “inappropriate” to keep Wilson’s name on the school after “the tragic killings of George Floyd, Breonna Taylor, Ahmaud Arbery, and Rayshard Brooks drew renewed attention to the long and damaging history of racism in America,” the statement read.

During his presidency, which lasted between 1913 and 1921, Wilson re-segregated multiple agencies in the federal government, undoing integration efforts from before he came into office.

Wilson, who graduated from Princeton in 1879, also was an avid supporter of the Klu Klux Klan and killed a 1919 global proposal at the Versailles Convention that stated all races should be considered equal.

In 2015, student activists staged a 32-hour sit-in to remove Wilson’s name from the school. Several cable news hosts, like Joe Scarborough, were critical of the protests at the time. In response, Eisgruber said Wilson left a “lasting imprint” on the University but its Board of Trustees would consider the move, writing:

One of the most sensitive and controversial issues pertains to Woodrow Wilson’s legacy on the campus. As every Princetonian knows, Wilson left a lasting imprint on this University and this campus, and while much of his record had a very positive impact on the shaping of modern Princeton, his record on race is disturbing. As a University we have to be open to thoughtful re-examination of our own history, and I believe it is appropriate to engage our community in a careful exploration of this legacy. Since the Board of Trustees has authority over how the University recognizes Wilson, I have asked the Board to develop a process to consider this issue, and the Board has agreed to do so. The Board will form a subcommittee to collect information about Wilson’s record and impact from a wide array of perspectives and constituencies. This information will include a range of scholarly understandings of Wilson. Toward this end, the Board will solicit letters from experts familiar with Wilson, and it will make those letters public. The Board will also establish a vehicle to allow alumni, faculty, students, and staff to register their opinions with the subcommittee about Wilson and his legacy. In addition, members of the Board’s subcommittee will schedule visits to Princeton’s campus early in the spring semester to listen to the views of the University community, including its alumni. After assessing the information it has gathered and hearing the views of all parts of the Princeton community, the Board will decide whether there are any changes that should be made in how the University recognizes Wilson’s legacy.

Five years later, the school has decided to accelerate their “retiring” of the name: The Woodrow Wilson School of Public & International Affairs will now be called First College.