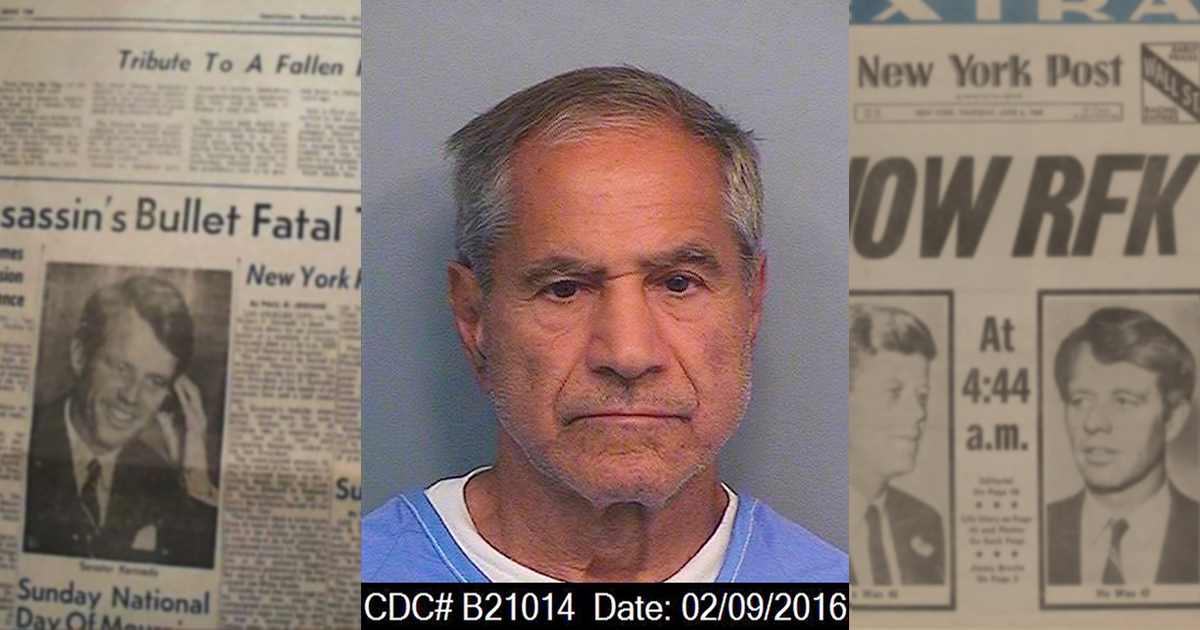 Sirhan Sirhan shot and killed Robert F. Kennedy on June 5, 1968. For over 50 years he has been in prison for the crime. On Friday, Sirhan was stabbed by a fellow inmate and hospitalized, the AP reported.

Sirhan Sirhan was convicted of the murder on April 17, 1969, and just six days later, over 50 years ago, sentenced to death. However, that sentence was commuted to life in prison a few years later after laws in California changed.

The Department of Corrections issued a statement on the weekend, stating that the inmate stabbing occurred on Friday and that “officers responded quickly, and found an inmate with stab wound injuries. He was transported to an outside hospital for medical care, and is currently in stable condition.”

The official statement did not name the inmates involved, but the AP reported that they confirmed with an involved official that the man stabbed was Sirhan. That source chose to remain anonymous due to privacy laws regarding information about prisoners.

Sirhan is 75 years old. He has previously been in protective custody at times during his long incarceration, but was moved to this prison, the Richard J. Donovan Correctional Facility near San Diego, after telling authorities he would prefer to serve the rest of his life sentence in the general population.

At the time of this posting there has been no update to his condition or any official statement about the names of the two inmates.