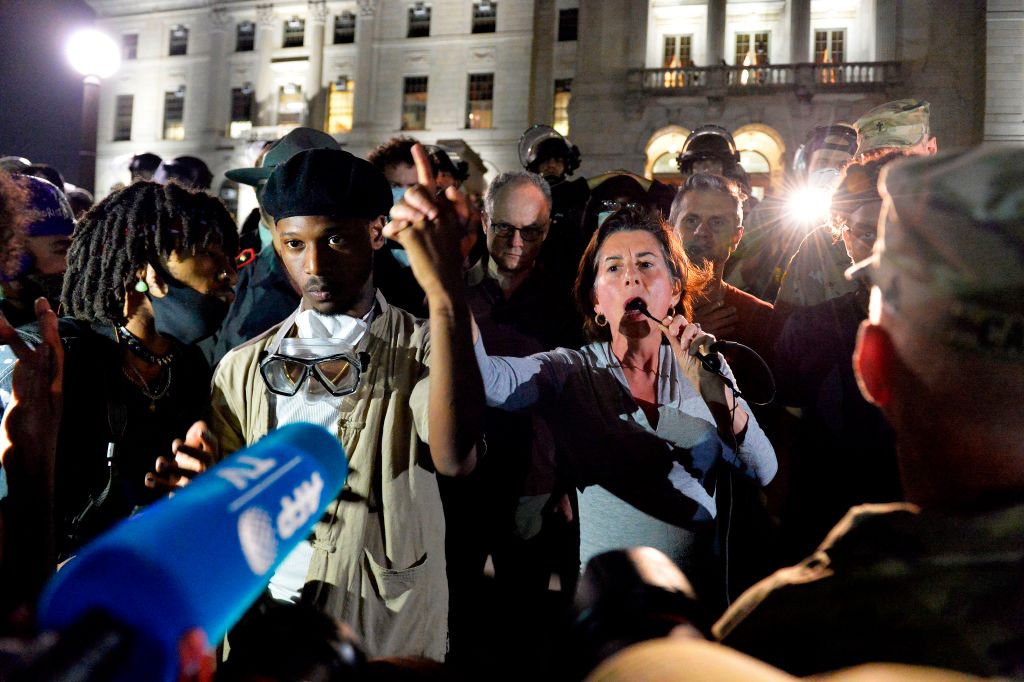 As the map below shows, the majority of Rhode Island’s territory is not actually on islands. The state’s name comes from Colonial times, when four Colonial settlements were combined, two of which were on what is called Aquidneck Island today but was called Rhode Island during that time, and two adjoining settlements on the mainland surrounding the town of Providence. Hence, “Rhode Island and the Providence Plantations.”

As the George Floyd protests have continued across the country over the past several weeks, it has renewed the debate about the ongoing legacy of slavery and racism, including the idea of using “plantations” in a state’s name.

Officially changing the state’s name would require an amendment to the Rhode Island Constitution, which must be done by the state’s voters. The Rhode Island Legislature is considering a bill to put a measure on the November ballot to accomplish that.

A prior ballot measure in 2010 to remove “Providence Plantations” from the name failed, with nearly 78 percent of voters opposing it.

Legislators supporting the initiative are hoping that the voters’ mood is different a decade later.

“Whatever the meaning of the term ‘plantations’ in the context of Rhode Island’s history, it carries a horrific connotation when considering the tragic and racist history of our nation,” said State Sen. Harold Metts, the state senate’s only Black man and the bill’s sponsor.

“The images that come to mind when I hear the word ‘plantations’ are of the inhuman and degrading treatment of the African-Americans who came before me,” Metts added, “families ripped apart by slave sales, rapes and lynchings. It is a hurtful term to so many of us.”

On Tuesday, Rhode Island Gov. Gina Raimondo signed an executive order noting that while an official name change had to wait for the voters’ approval, she was taking “all measures now that are within my control to eliminate the name from my official communications and those of my executive agencies.”

Raimondo’s order establishes that “Plantations” will be removed from the websites for the state and its agencies, official state stationery, letterhead, paystubs, and all other correspondence. The governor will also no longer use the term on any executive orders or citations, and is seeking a legal determination regarding whether the term can be removed from the state seal, or if the state seal can be replaced or omitted in advance of the vote in November.