Senator Chuck Schumer Has Spent Over ,000 On Cheesecakes

Schumer Holds Press Conference To Confirm He Spent $8,600 on Cheesecake in 10 Years: ‘It’s My Guilty Pleasure’ 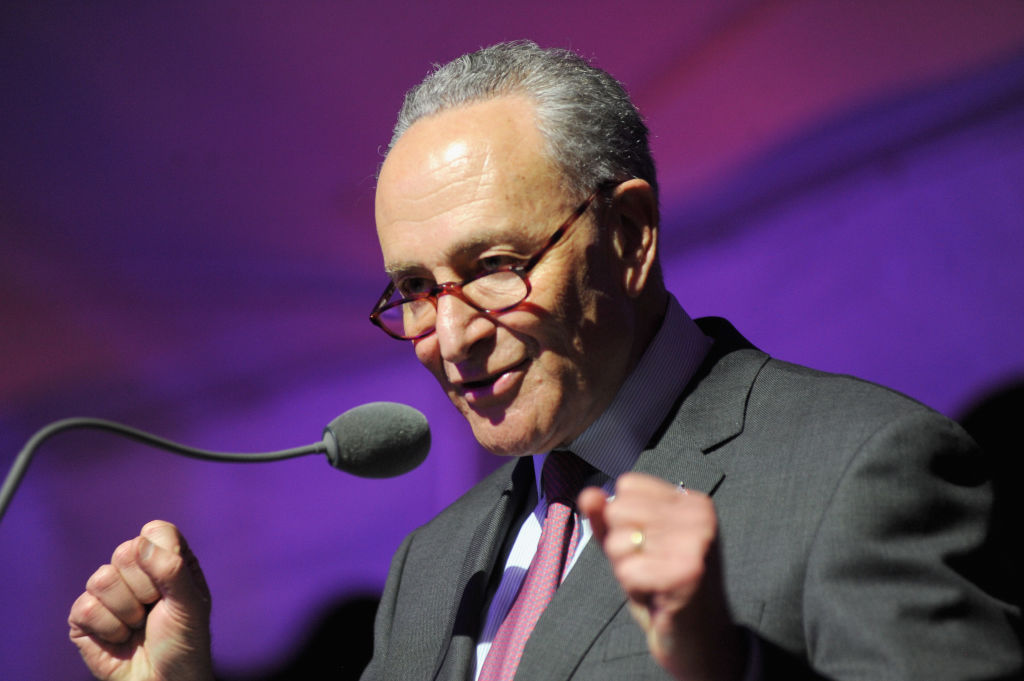 After a New York Post report that he spent $8,638.85 in less than 10 years on cheesecake, Schumer on Sunday admitted to his serious sweet tooth.

“I give them as gifts. I use them for bets, you know when someone wants to bet something, you know for a Brooklyn thing versus a Wisconsin thing,” Schumer said, holding up the report and six delicious cheesecake slices. “So I say to the New York Post and others, guilty as charged. I love Junior’s cheesecake. It’s the best cheesecake in the world. It’s my guilty pleasure.”

Add a plain cheesecake to your online order for $38.99 — and no additional shipping cost! Only at www.juniorscheesecake.com

A post shared by Junior’s Restaurant&Cheesecake (@juniorscheesecake) on Nov 14, 2019 at 3:09pm PST

The gifts were purchased between 2012 and 2016, like one for a bet on the New York Giants and Green Bay Packers 2008 NFC championship game when the Junior’s cheesecake went up against a block of Wisconsin cheddar.

A New York Post analysis found that at the current price of $43.95 for the classic plain cheesecake, his office bought 196 in five years.

Schumer’s office confirmed to CNN that taxpayer money was not used to pay for the cheesecakes.

Junior’s, which bills its dessert as “The World’s Most Fabulous Cheesecake,” has two locations in Manhattan and one in Brooklyn.