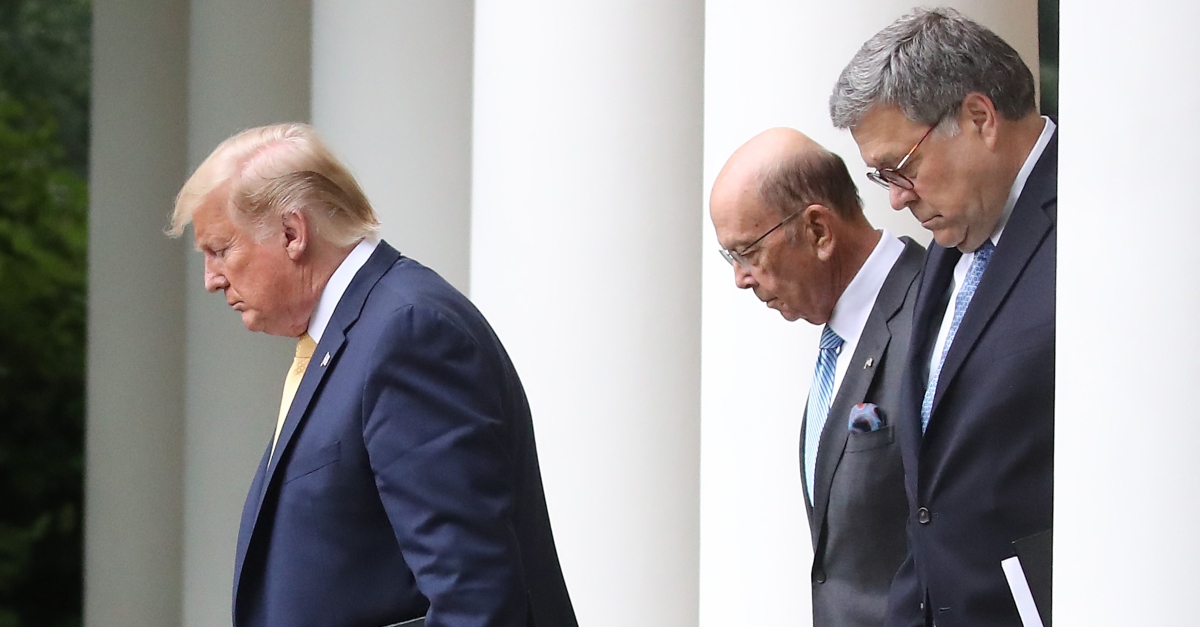 Amid reports that Attorney General Bill Barr is personally intervening in cases important to the president, Donald Trump turned his Twitter attacks to the federal judge in the Roger Stone case, implying she’s biased because she also ordered Paul Manafort into solitary confinement.

After an overnight online rant that blasted federal prosecutors for a “miscarriage of justice” over their recommendation of a seven to nine-year sentence for convicted felon Stone, which precipitated a mass withdrawal by DOJ’s lawyers, Trump still wasn’t ready to let this issue go. He then trained his sights on U.S. District Court Judge Amy Berman Jackson, who will now preside over Stone’s sentencing, clearly questioning her impartiality by pointing out her role in the trial of his 2016 campaign chairman.

Is this the Judge that put Paul Manafort in SOLITARY CONFINEMENT, something that not even mobster Al Capone had to endure? How did she treat Crooked Hillary Clinton? Just asking! https://t.co/Fe7XkepJNN

“That wasn’t the first time senior political appointees reached into a case involving a former Trump aide,” DOJ officials told NBC News, referring to the Stone sentencing revision. “Senior officials at the Justice Department also intervened last month to help change the government’s sentencing recommendation for Trump’s former national security adviser, Michael Flynn, who pled guilty to lying to the FBI. While once the prosecutors in the case had recommended up to six months in jail for Flynn, their latest filing now says they believe probation would be appropriate.”

In addition, NBC News notes that Jessie Liu, the former U.S. Attorney for the District of Columbia who led the Stone prosecution, had her nomination to a Treasury Department post abruptly pulled on Tuesday, just two days before she was due to testify before the Senate.

“The resignations and the unusual moves by Barr come as Trump has sought revenge against government officials who testified after being subpoenaed by congressional Democrats in their impeachment investigation,” NBC News adds. “In the days since the Senate acquitted him, Trump fired his ambassador to the European Union, a political supporter the president nominated, and had other officials moved out of the White House.”

Trump also took to Twitter to go after those DOJ prosecutors:

Who are the four prosecutors (Mueller people?) who cut and ran after being exposed for recommending a ridiculous 9 year prison sentence to a man that got caught up in an investigation that was illegal, the Mueller Scam, and shouldn’t ever even have started? 13 Angry Democrats?