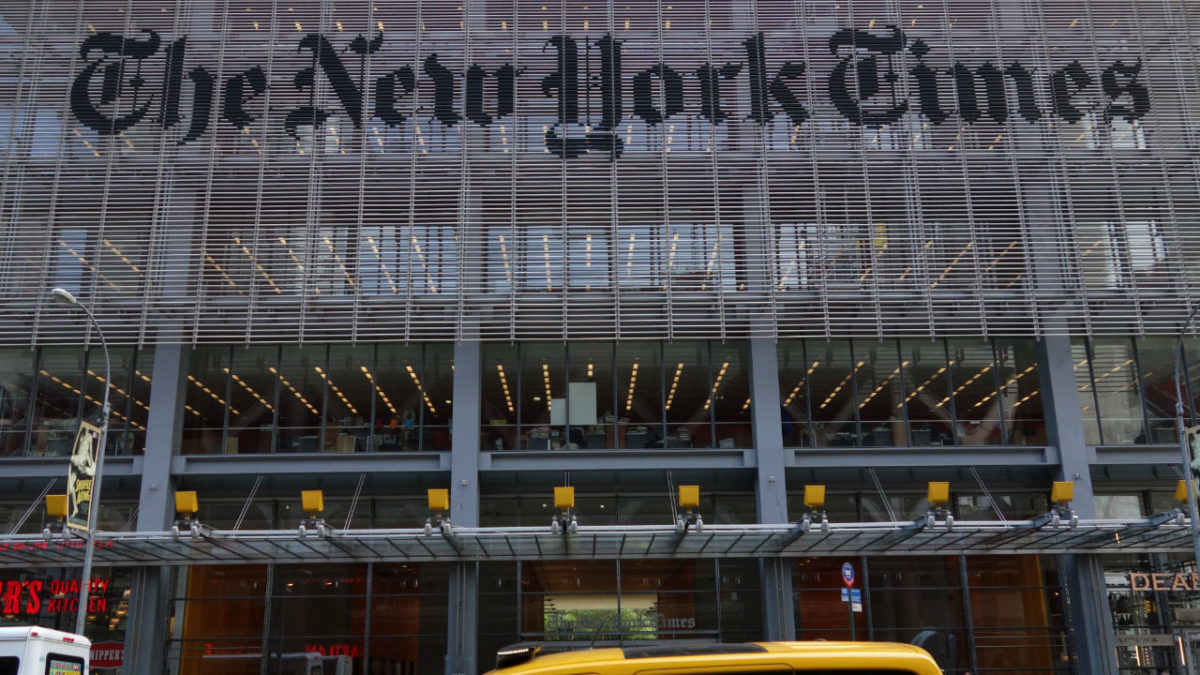 Less than 24 hours after publishing an incendiary story claiming The New York Times “fed information” to the FBI about President Donald Trump’s son-in-law, Jared Kushner, the Washington Examiner issued a lengthy correction that wholly abandoned the article’s central premise. The correction went on to apologize for publishing a story that “did not adhere to the Washington Examiner‘s normal standards and procedures”.

Immediately after publication, the story was subjected to intense criticism by reporters inside and outside the Times for misinterpreting what is normal journalistic outreach to sources as a nefarious plot by the Times against the president’s family. One Times reporter simply called it “a crap story,” while another called out the author, saying its premie shows “you don’t know much about reporting.”

In which the @washexaminer obliges Judicial Watch with a farcical spin on the practice of running your reporting past sources to find out more information.
This is a crap story.https://t.co/J9mKl9odxX

If you think that presenting new reporting to the @FBI for comment or background context before publication constitutes “feeding information” to the @FBI to advance an investigation, you don’t know much about reporting. https://t.co/BUvUfmbB80

And while Times reporters were quick to applaud after the correction was posted above the original story, the misinformation damage was already done. This morning, Trump obliquely cited the Examiner story in another Twitter attack singling out the Times, implying the paper had broken the law when, in fact, it was just doing its job.

Trump’s tweet was retweeted more than 20,000 times before the Examiner’s correction was posted. It remains to be seen if Trump will delete or correct his original tweet so that his followers know the truth.