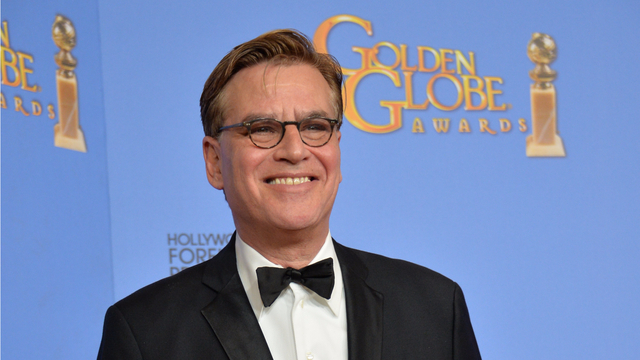 At the Writers Guild Festival in Los Angeles on Saturday, Aaron Sorkin revealed that he didn’t know that Hollywood has a diversity problem. According to Variety, he asked his audience “Are you saying that women and minorities have a more difficult time getting their stuff read than white men and you’re also saying that [white men] get to make mediocre movies and can continue on?”

Sorkin continued to try to learn more throughout his talk before eventually asking, “What can I do [to help]?”

Hollywood’s diversity problem is, of course, widely recognized and is often reported on. People are pretty surprised that Sorkin isn’t aware of it, and have been roasting him on Twitter for it:

Yes, Aaron Sorkin. That is literally exactly what we are saying. pic.twitter.com/s3a1yis9dK

I thought this was a joke headline oh my God it’s serious https://t.co/QlIgkpbGf4

“What can I do to help?” – Aaron Sorkin, re: diversity

“What can I do to help?” – me, after someone else finishes cleaning up after a party

Aaron Sorkin, at the end of a meal at a restaurant, “Are you saying that you expect me to give you money for this food you handed to me?” pic.twitter.com/4UVCLUVUM3

The odd thing about Aaron Sorkin is over the years he’s learned to read reviews to internalize negative words, but not actual criticism.

Aaron Sorkin Gets an Education on Hollywood’s Diversity Issue at WGFestival—https://t.co/nEPOQJxwNV pic.twitter.com/xjc1HrxoyL

years of being told that the greatest female characters are written by Aaron Sorkin, David E. Kelley and Woody Allen radicalized me long ago

Aaron Sorkin story could very reasonably run on The Onion

Aaron Sorkin, your fave, had no idea marginalized communities exist in Hollywood, per @Variety. ? #OscarsSoWhite https://t.co/pPzWwoLwpR

Me when Aaron Sorkin starts talking about how he’s baffled by Hollywood’s diversity problem: pic.twitter.com/Wh4zmK3nmi

Aaron Sorkin. I love him as a writer. But… as a commentator on diversity issues in Hollywood? Not so much.

Women & minorities have a harder time in Hollywood than white men.

Aaron Sorkin: Wait, it’s harder to be a minority in Hollywood? Educate me.
*every audience hand goes up*#WGFestival