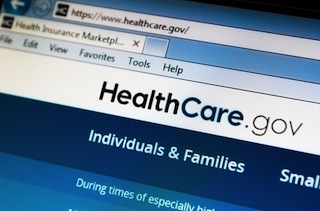 Now that the Affordable Care Act met (and slightly exceeded) its first-year enrollment projection, the focus has turned to the effect the law will have on premiums, with critics of the law warning the cost of insurance will skyrocket. As with everything Obamacare, this is both a policy question (higher premiums could create a drag on future signups) and a political question, as early indicators about potentially higher premiums would be dropping in the run-up to the 2014 midterms.

However, the Society of Actuaries, which assists insurance companies in determining premiums rates, said Thursday it expected premiums to rise an average of 6.5 to 8% under the Affordable Care Act, a range significantly lower than the double-digit increases critics have predicted, and below the 7-10% rate premiums grew on average before Obamacare. That’s in line with the CBO’s report projecting lower premium rises under Obamacare.

“The double-rate increases we’ve been hearing are probably exaggerated,” Society of Actuaries’ Dave Axene told USA Today. “That’s not what we’re seeing from the actuarial organizations. I guess we’re being a little bit more optimistic.”

Axene cautioned that these were averages, and would vary depending on the marketplace and the plan, with same areas having a wide spread of price increases among different plans.

These are also preliminary estimates. However, most analysts expected the later enrollees to be younger and healthier, meaning it’s unlikely there’s a premium hike booby trap waiting in the March sign ups. Axene also reiterated that insurance companies had prepared to have a sicker mix initially, and thus are not anticipating huge increases as a result of people previously denied for preexisting conditions jumping into the risk pool.