After Comey Town Hall Trump Lashes Out on Twitter: ‘A Disgrace to the FBI’, ‘Worst Director’ in History 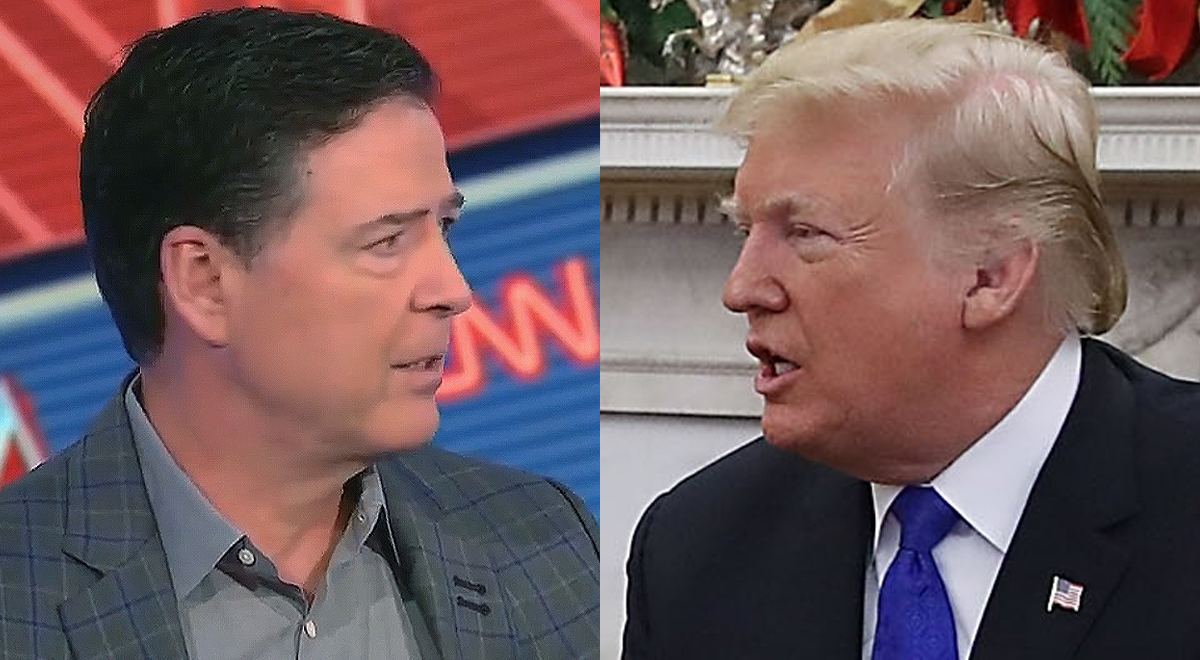 In his CNN town hall, former FBI Director James Comey mostly bashed Donald Trump, Bill Barr, and co., with a brief interlude of embarrassment over Strzok and Page, and he suggested that indictments could theoretically come for the President after he leaves office.

None of that sat well with Trump, who was unable to resist taking to Twitter to counter the town hall with a Tweet.

Trump said Comey is a “disgrace” to the FBI and will “go down as the worst Director in its long and once proud history.” In what has been a relatively new habit in his months of bashing the FBI, he also praised the “great” men and women who work there.

James Comey is a disgrace to the FBI & will go down as the worst Director in its long and once proud history. He brought the FBI down, almost all Republicans & Democrats thought he should be FIRED, but the FBI will regain greatness because of the great men & women who work there!

Comey is himself a prolific user of Twitter. He had not tweeted anything about the CNN event or the President’s reaction by the time of this posting, but if he does, we’ll let you know.