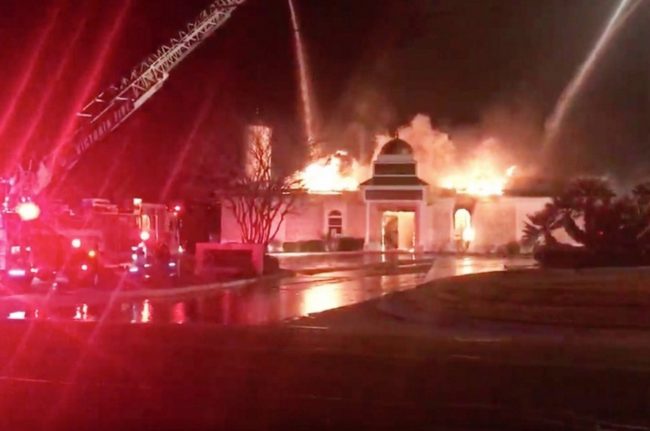 The Victoria Islamic Centre burned down on Saturday, hours after Donald Trump made the announcement that there will be a temporary travel ban on anyone coming from seven countries with majority Muslim populations. (Don’t get this confused with the Texas mosque fire from last December; they’re two totally separate incidents.)

According to Forward, the nearby Temple Bnai Israel is allowing the Muslims to worship inside. President Robert Loeb said this:

Everyone knows everybody, I know several members of the mosque, and we felt for them … We have probably 25 to 30 Jewish people in Victoria, and they probably have 100 Muslims. We got a lot of building for a small amount of Jews.

For that reason, Shahid Hashmi, a surgeon and one of the founders of the mosque, got a visit to his home from Jewish community members, who handed him a key to the synagogue.