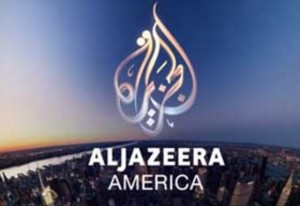 This was never going to work.

We’re talking about the prospects of Al Jazeera America, which by its name alone was doomed to fail from the beginning. And according to Capital New York, the network is about to go bye-bye.

Distribution certainly wasn’t the reason, as the network could be seen in over 60 millon homes. Simple reason for the failure? Branding. The original Al Jazeera — based in Qatar — had been blasted continuously as being an anti-American media outlet with sympathy for Al Qaeda. That may be an unfair characterization to some given all the solid reporting it does in dangerous places overseas. But when your network is the first choice of Osama Bin Laden and the world’s (formerly) most notorious terror organization to get its message out (in a world before social media), that results in poor branding … particularly when opening shop in the United States.

So if Al Jazeera America (AJAM) was going to succeed, the name had to go. It’s almost like creating a new financial network and calling it Bernie Madoff Broadcasting. Know this: It’s a shame AJAM wasn’t given a better chance. Experienced anchors like Ali Velshi, John Siegenthaler, Joie Chen, Tony Harris and Antonio Mora are quality anchors. Its documentaries — particularly those concerning the Southern Border via Borderland— were top-notch.

But besides its broken brand here in the U.S., AJAM’s other flaw was a lack of strong opinion personalities and programming. Note: We live in a world where cell phones, computers and social media provide us news as it happens. Knowing the who, what, when and where are oftentimes questions answered immediately. To that end, audiences seem to have a hunger more for the how and why … for perspective and editorial. It’s why other cable news networks (Fox, CNN, MSNBC) have that balance — especially in primetime — between traditional news (dayside) and POV (point of view programming at night). AJAM didn’t offer that dimension, which may have been why it oftentimes registered what’s called a scratch in the demo … a number so low that Nielsen can’t even register it (overall viewership ranged from 20,000 to 40,000). And with low ratings comes anemic advertising revenue coming in, the network was losing millions per year. Throw in the price of oil dropping below $30 per barrel (context: it was over $100 per barrel when Al Jazeera first launched three years ago), and there’s your final nail in the coffin when the owner is the government of Qatar, which is almost-exclusively funded by, you know … oil revenue.

And by the way, you know who’s having a good chuckle right now? Former Vice President Al Gore — who sold his failing Current TV to Al Jazeera for a cool $500 million in 2013.

Al Jazeera America is no more. It’s reputation preceding it was the main culprit, along with its lack of oomph on the opinion front. It had its share of controversy, but overall did some good work in an old-school kind of way.

The only question is now: What fills the void to get access to those 60 million homes it won’t be in for too much longer?