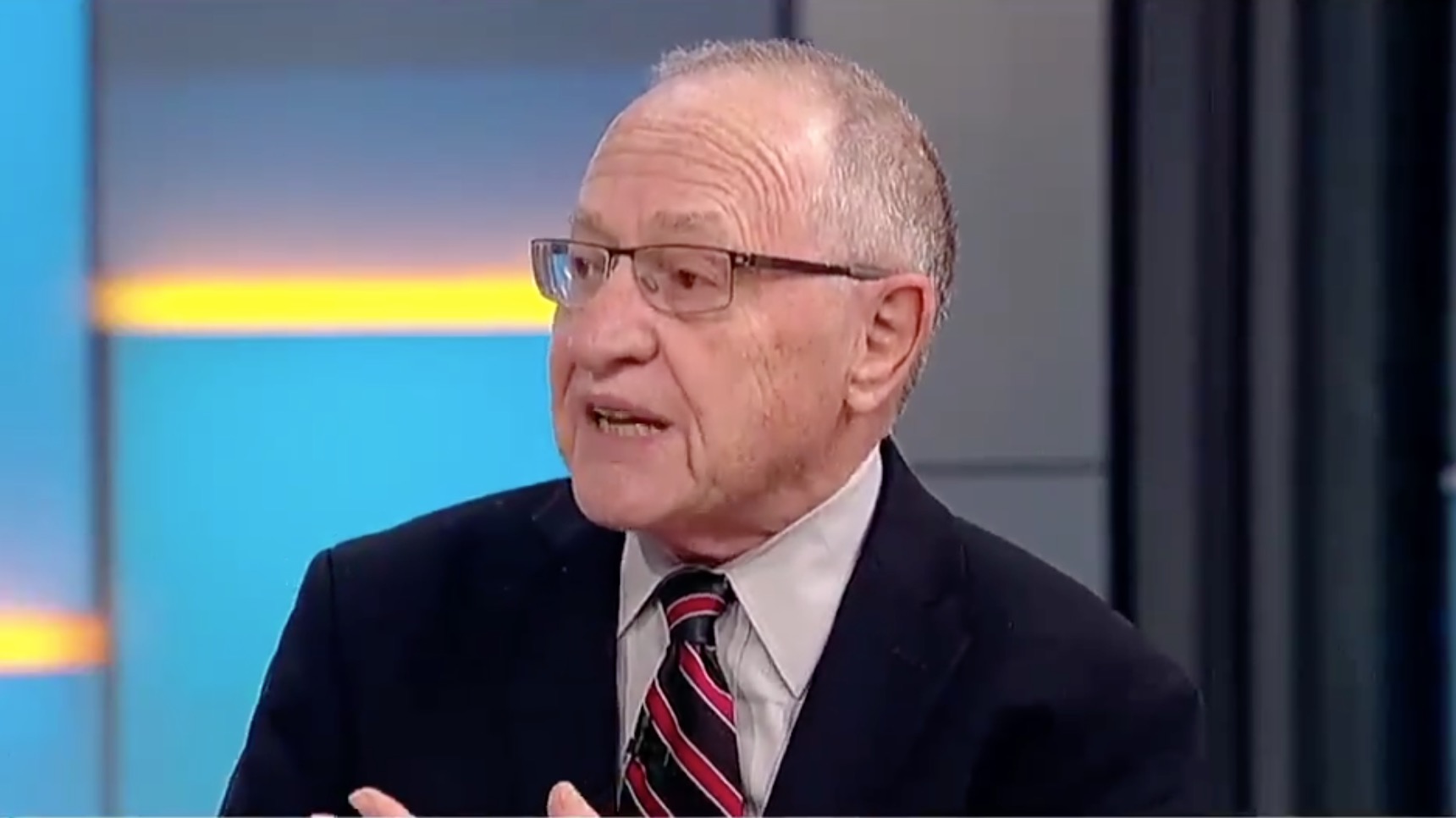 Harvard Law Professor Emeritus Alan Dershowitz recently penned an opinion piece in which, among other things, he lamented how awful things are in his life with people shunning him for his defense of President Donald Trump.

In an article for The Hill, Dershowitz scolded Congresswoman Maxine Waters(D-CA) and other “rude extremists” calling for people to confront Trump Administration officials in public. As Dershowitz wrote that the world seems to force people to be either squarely pro or anti-Trump, he wrote that “I know this because I have experienced this firsthand on Martha’s Vineyard.”

From there, Dershowitz continued on to talk about how he’s been ostracized from the social circles of Martha’s Vineyard because he keeps making arguments in defense of Trump’s civil liberties and various legal disputes. He went on to bemoan his “fairweather friends” ignoring his Left-leaning political views, and compared his Martha’s Vineyard exclusion to McCarthyism:

“This is all familiar to me, since I lived through McCarthyism in the 1950s, when lawyers who represented alleged communists on civil libertarian grounds were shunned. Some of these lawyers and victims of McCarthyism lived on Martha’s Vineyard. I never thought I would see McCarthyism come to Martha’s Vineyard, but I have. I wonder if the professor who refuses to listen to anything I have to say also treats his students similarly. Would he listen to a student who actively supported Trump? What about one who simply supported his civil liberties?”

Everyone on Martha’s Vineyard is shunning Alan Dershowitz and I’m screaming https://t.co/hsTRo5nJqH pic.twitter.com/36QYNnb1zG

What kind of world do we live in when Alan Dershowitz gets side eyes at Martha’s Vineyard and Sarah Sanders is politely asked to leave a Red Hen restaurant? The end of civility. The end of decency. The end of righteous outrage. Oh, look another baby ripped from his parents…

They were totally ok with him defending OJ, but *now* they draw the line… ??? https://t.co/djLy8VSZgx

Complaining about your social life on Martha’s Vineyard is always a winning strategy and totally relatable. https://t.co/6Tdgxc2FZT

Hey Professor, I’m no lawyer or constitutional scholar, but even I know being a Trump defender is not a protected class. https://t.co/1cBlNsmo7a

lol, poor Alan Dershowitz is getting the side eye at Chilmark General Store. https://t.co/LdCCHNCvUK

And they call *us* snowflakes. https://t.co/3BZyIgV9Z8