Americans Are Increasingly Confused About Obama’s Religion, Why? 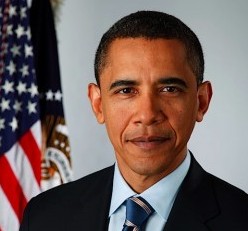 A recent Pew poll, released today, asked Americans ‘What is Obama’s religion?’ Maybe the better question is why does President Obama’s religion matter at all. I don’t recall any polls asking the nation what they thought George W. Bush‘s religion was or Bill Clinton‘s for that matter, and in fact come to think of it I have no idea what church they attended beyond the fact it was some sort of Christian denomination. Of course, essentially the question people are being asked is whether Obama is a Muslim, and by extension somehow either anti-American or un-American (in the very literal sense where the Birther’s are concerned).

As we have seen in recent weeks with the growing controversy over the Lower Manhattan Mosque the nation does not feel necessarily comfortable with Muslims. Time‘s cover asks “Does America Have a Muslim Problem?” and all things considered it’s hard not to conclude yes.

However, the larger question here is why the confusion? And more to the point, why the sudden confusion? When polled in March of 2009, shortly after Obama was elected, only 11% said they thought he was a Muslim and 34% said they didn’t know. Over a year later and more than two years after Obama landed squarely in the national spotlight, 18% now think he’s a Muslim and 43% say they don’t know. It should probably be noted that this survey was conducted in July, before the Mosque debacle went national.

Leaving aside the fact that Obama’s religion shouldn’t really matter, it’s hard not to tie in the rise in numbers with the increase in negative campaigning we have seen ahead of November’s midterms. An recent example of that being Florida gubernatorial candidate Rick Scott’s latest campaign ad referring to the Lower Manhattan mosque as ‘Obama’s mosque’ is a good example of the subtle (or not so subtle) innuendo that contributes to this sort of conclusion. At any rate, according to Pew, the media is to blame:

Alas, the poll does not make clear how many people drew this conclusion via the Internet nor what television in particular those polled are gleaning this information.