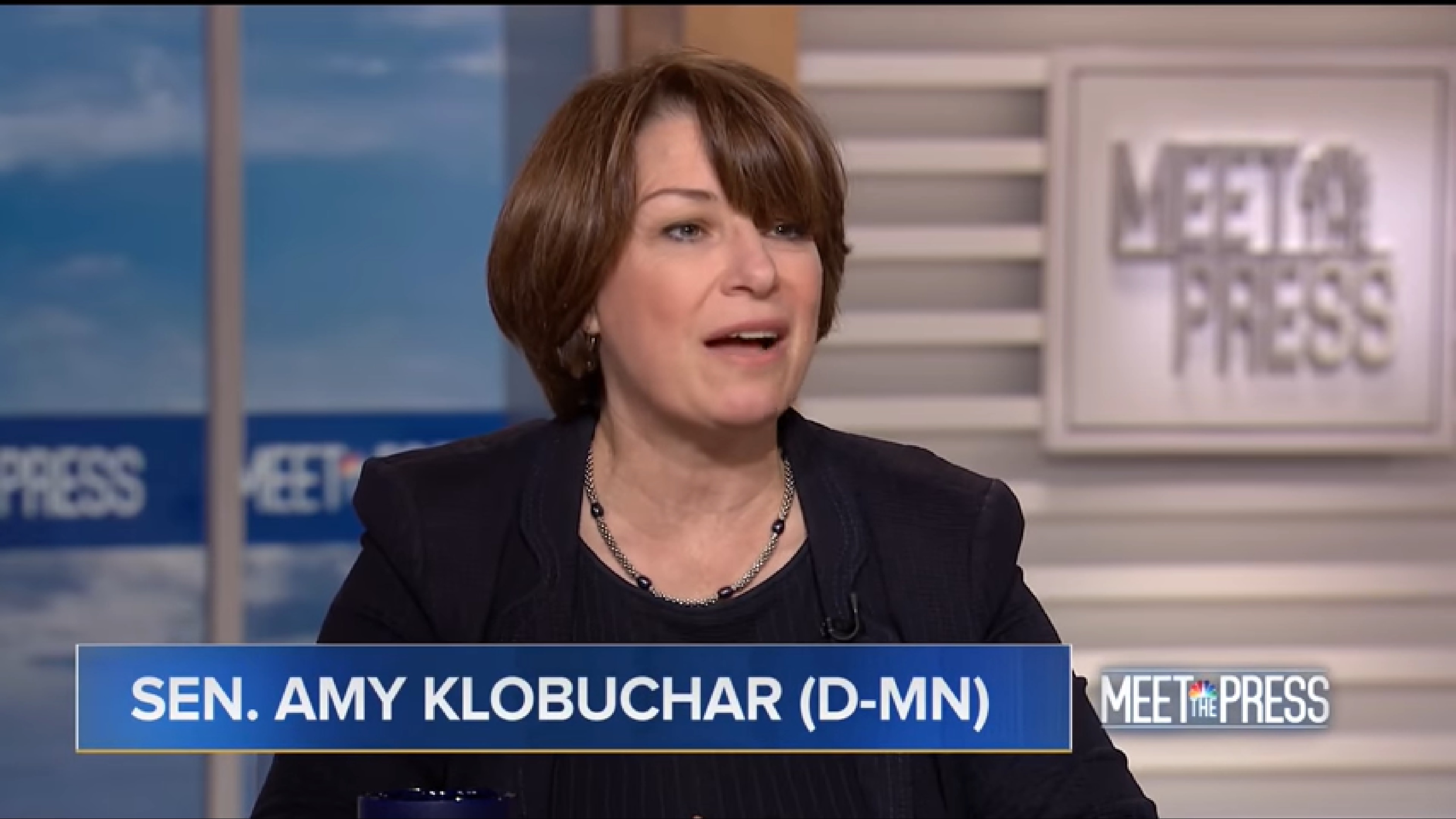 Sen. Amy Klobuchar (D-MN) will announce this Sunday whether she is running for president. But one new report asserts that the Minnesota senator has had quite a bit of trouble getting someone to run her 2020 camapign — thanks to a reputation for mistreating her staff.

According to HuffPost, at least three people have pulled out of consideration from running Klobuchar’s presidential campaign.

Klobuchar, according to the database Legistorm (via The New York Times), has the third most staff turnover of anyone in Congress. From 2001-2016, she was ranked No. 1 in that dubious category.

The HuffPost report describes an incident in which the senator actually doled out grade school-type tardy slips to her staff on a day when they were running behind.

One morning several years ago, when most of the office staff was running late — the ex-staffer couldn’t remember the reason — Klobuchar wrote out tardy slips and placed them on each missing aide’s desk. The staffer recalls incredulous bursts of laughter as her co-workers arrived one by one to find the notes, but Klobuchar was deadly serious. An aide whom she called into her office walked back out in tears.

“She was constantly lighting new fires,” a former staffer said, sometimes at the expense of focusing on legislative work.

Klobuchar’s office responded by referring HuffPost to several ex-staffers who praised the senator.