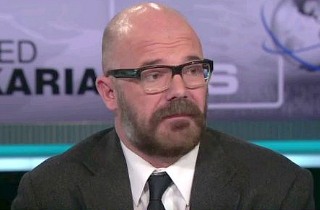 After learning that Mozilla CEO Brendan Eich would resign over his anti-gay marriage views, Andrew Sullivan lamented that perhaps the LGBT movement has become a bit too much like the religious right.

“The guy who had the gall to express his First Amendment rights and favor Prop 8 in California by donating $1,000 has just been scalped by some gay activists,” Sullivan wrote of Eich’s resignation.

Eich’s donation in support of California’s anti-gay marriage amendment has long been the source of controversy. Upon being announced as the browser company’s new chief, LGBT groups began calling for boycotts. Popular dating site OkCupid changed their homepage for Mozilla users to feature a message discouraging members from using the company’s Firefox browser.

“Will he now be forced to walk through the streets in shame? Why not the stocks?” Sullivan snarked. “The whole episode disgusts me – as it should disgust anyone interested in a tolerant and diverse society.”

Sullivan has long been a strong defender of LGBT causes, but as indicated in the blog post, he’s not sure the movement has progressed with this development.

“If this is the gay rights movement today – hounding our opponents with a fanaticism more like the religious right than anyone else – then count me out,” he concluded. “If we are about intimidating the free speech of others, we are no better than the anti-gay bullies who came before us.”

Sullivan is certainly onto something here.

For one, Eich’s views are wrong, but they are completely irrelevant to how he’d run the browser company. It’s not as though Firefox would suddenly veer into anti-gay territory, complete with a “Prop 8 Toolbar” or something. It would be bad for business for Eich to have done anything but continue providing a service that many use without political controversy.

While I find most boycotts silly and unnecessary, they are always the preferable route (over government force) to changing the marketplace. But claiming the scalp of an executive whose views have almost nothing to do with his business is a bit excessive and the result of misplaced targeting.

UPDATE: Sullivan had even more thoughts on the matter here.