Ann Romney: It’s A ‘Myth’ That Mitt Has Changed His Positions Over The Years 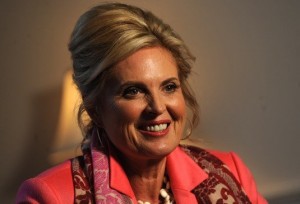 In the final few weeks of the campaign, Ann Romney has taken to defending her husband and his campaign against negative attacks from the media and the president’s reelection team. Romney said in an interview yesterday that the narrative painting her husband as a serial flip-flopper is a complete and total “myth,” though she admitted she was pleased by how well he was received following the first presidential debate.

Romney admitted that after her husband’s unsuccessful 2008 bid for the presidency, she said she never wanted to be put through another election like that again, but this time around she is doing whatever she can to get him to win. Romney was very involved in preparing her husband for the first debate, pressuring the campaign to let him present himself as a “softer,” more moderate candidate than many people might think, without any political or media filters in between.

“It was very heartwarming to see the response to him was so good. Finally, I was waiting for a very long time for that moment, for him to be seen in a light that I see him.”

However, Romney is not happy with the continued insistence by the media and the Obama campaign that her husband has made a number of huge flip-flops on many issues including abortion and health care. She acknowledged that “there have been a few changes” in his political outlook since he was the governor of Massachusetts, but by and large the idea that he has somehow changed his position so blindly and carelessly has been a “myth” created with the help of negative ads and an unfriendly media that “wants to promote that narrative as well.”

Romney was in Pennsylvania yesterday, where she spoke at a “Women for Romney” event at Elizabethtown College. A Quinnipiac University survey released this morning finds that Romney is closing the gap between himself and President Obama in the crucial swing state, trailing him only by four points.