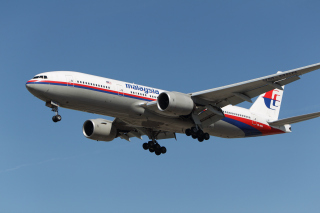 Australian Prime Minister Tony Abbott has announced tonight that two objects related to the MH 370 search have been found in the ocean, discovered from new satellite images.

According to reporter Karen Barlow, Abbott said they received information “based on satellite imagery of objects possibly related to the search,” but it’s possible they may not be related.

Planes have been dispatched to the scene to examine the objects up close. 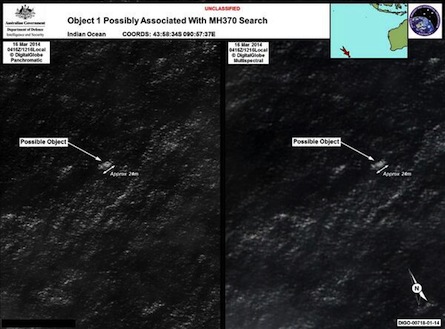 Here are tweets from the AP and Barlow about the breaking news:

BREAKING: Australian PM: 2 objects in search for Malaysian jet may have been found.

On missing #MH370, PM Abbott says AMSA has 'received information based on satellite imagery of objects possibly related to the search.'

UPDATE: ABC News is now reporting a U.S. P-8 is on its way to the search area.

JUST IN: US Navy commander tells @ABC a US P-8 is nearing search area where Australian PM says satellite has noted 2 objects of interest.

UPDATE #2: You can watch Abbott’s statement here, via CNN:

UPDATE #3: You can watch Australia’s Press Conference below, via CNN: