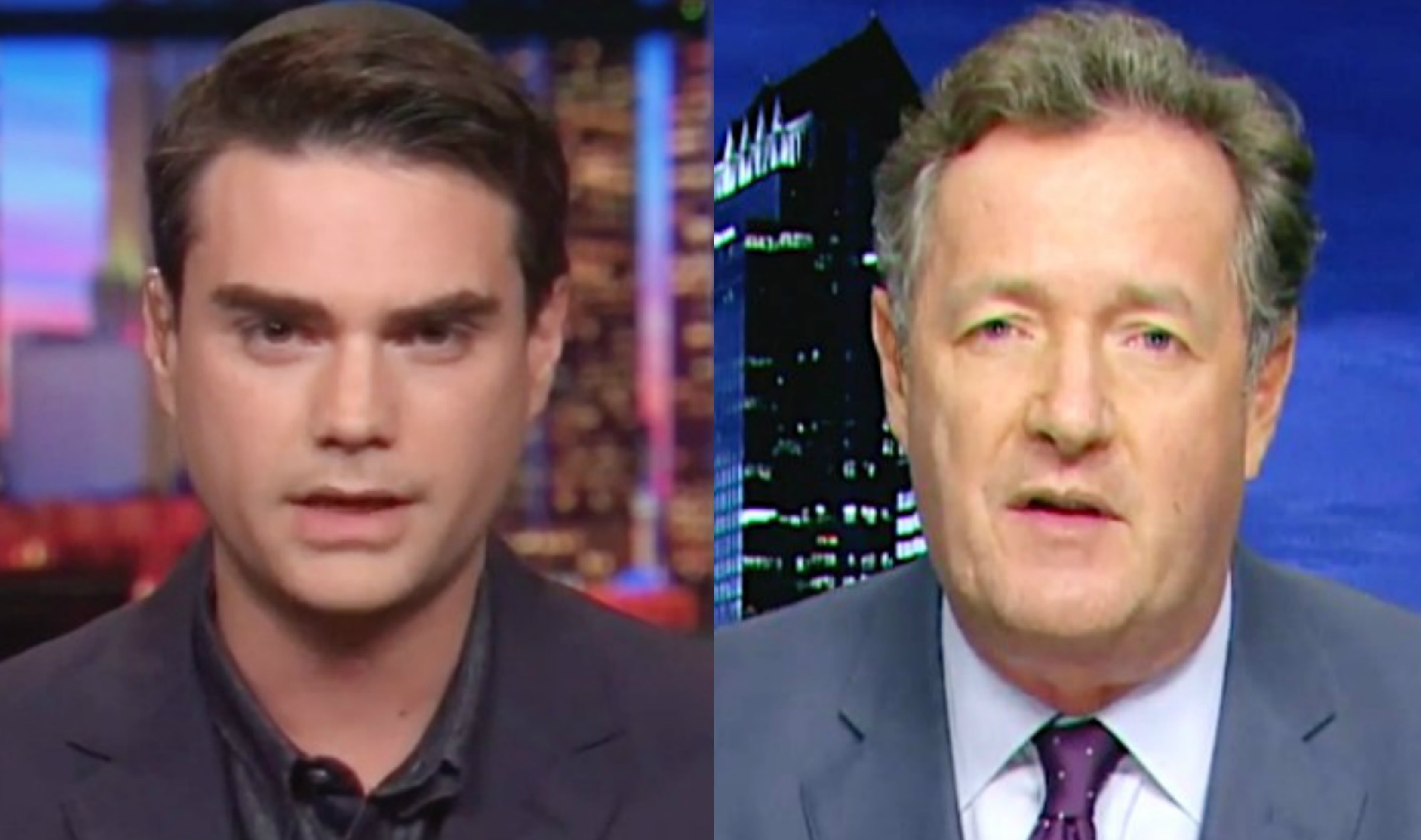 This is not a sick joke.
This is America’s response to the recent mass shooting in a church. pic.twitter.com/5lZ77TtvEY

Morgan clearly found it abhorrent that some believe that in order to prevent a mass shooting in your location, you should declare the space not a gun-free zone.

Morgan then responded to Shapiro by invoking… Big Macs.

So if one member of the congregation was obese, you’d combat it by giving every other member a Big Mac? https://t.co/8zi7FhPoAN

Shapiro didn’t think that was the greatest analogy. At all. In fact, he called it “the worst analogy” he has ever seen.

What if they all give their Big Macs to the obese member? To defend himself from obesity? https://t.co/DnogdDrjL6

You seem to be operating under the sunk cost fallacy. Let this analogy go, Piers. It’s a complete fail. https://t.co/EmTvrm2ieh

Such logic was exhausting Shapiro.

My God, Piers. My God. No, me eating a hamburger can’t stop you from getting obese. But me having a gun could stop you from shooting me. https://t.co/LPUhtJVRgq

But you having a gun could mean you.. shoot me! Do you see? https://t.co/6IxknkP3zW

You are so intensely bad at this. No, this does not follow at all. https://t.co/Oh93BioYQF

It appears Shapiro had the last word. At least for now.

Who do you think won this debate?