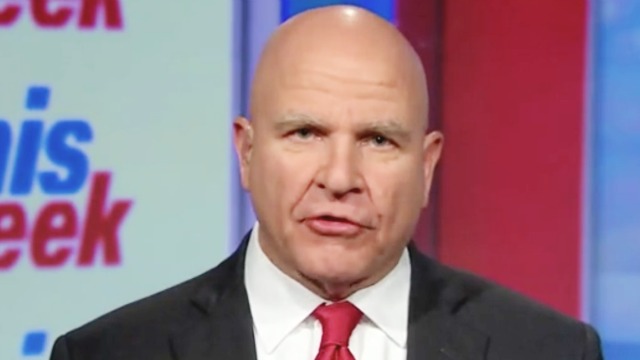 National Security Adviser H.R. McMaster reportedly mocked the intelligence of the Commander-in-Chief during a private dinner.

Weeks after that Rex Tillerson-“moron” controversy, McMaster is now the subject of a BuzzFeed report citing five sources saying he “trashed” President Trump:

Over a July dinner with Oracle CEO Safra Catz — who has been mentioned as a candidate for several potential administration jobs — McMaster bluntly trashed his boss, said the sources, four of whom told BuzzFeed News they heard about the exchange directly from Catz. The top national security official dismissed the president variously as an “idiot” and a “dope” with the intelligence of a “kindergartner,” the sources said.

The information about the dinner comes from five sources, with a sixth saying McMaster “made similarly derogatory comments about Trump’s intelligence to him in private, including that the president lacked the necessary brainpower to understand the matters before the National Security Council.”

A National Security Council spokesperson said in a statement, “Actual participants in the dinner deny that General McMaster made any of the comments attributed to him by anonymous sources. Those false comments represent the diametric opposite of General McMaster’s actual views.”

But, per BuzzFeed’s report, McMaster didn’t just sound off on Trump:

[T]hree of the sources said that McMaster disparaged multiple members of the administration to Catz, including Tillerson, Secretary of Defense James Mattis, former White House Chief Strategist Steve Bannon, and President Trump’s son-in-law and senior adviser Jared Kushner. Of Kushner, one source told BuzzFeed News, McMaster said he had no business being in the White House and should not be involved in national security issues.