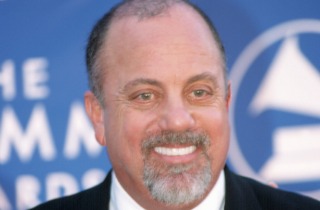 Hey, who here’s a fan of government staffers putting out releases with tons of puns in them?! Well, today is your lucky day, because yesterday John Boehner‘s office posted their “greatest hits on jobs” in connection with Billy Joel being honored by the Library of Congress. And in came the puns.

Here are some of the… let’s call them highlights, I guess… of the release.

The American people have been asking ‘where are the jobs’ “For the Longest Time,” as we find ourselves in the middle of the worst ‘recovery’ for jobs ever.

No, “We Didn’t Start the Fire” of uncertainty that has small businesses in Southwest Ohio and nationwide struggling under ObamaCare.

And a student coming out of college trying to find a job has every right to be an “Angry Young Man” about this economy.

“Don’t Ask Me Why” they haven’t acted on these 10 bills that have broad bipartisan support, but hey, “The Night Is Still Young.”

So “Say Goodbye to Hollywood,” Mr. President, and work with us to help grow the middle class and expand opportunity for everyone, from the “Piano Man” to the “Uptown Girl.”

Well, they must have had a Joel-y good time coming up with this.

Oh, and in case you’re wondering, the answer is yes, this is not the first time Republicans have used puns to take shots at the other side. The official RNC Twitter account took a shot at Harry Reid with cat puns last month. Yes. Cat puns.