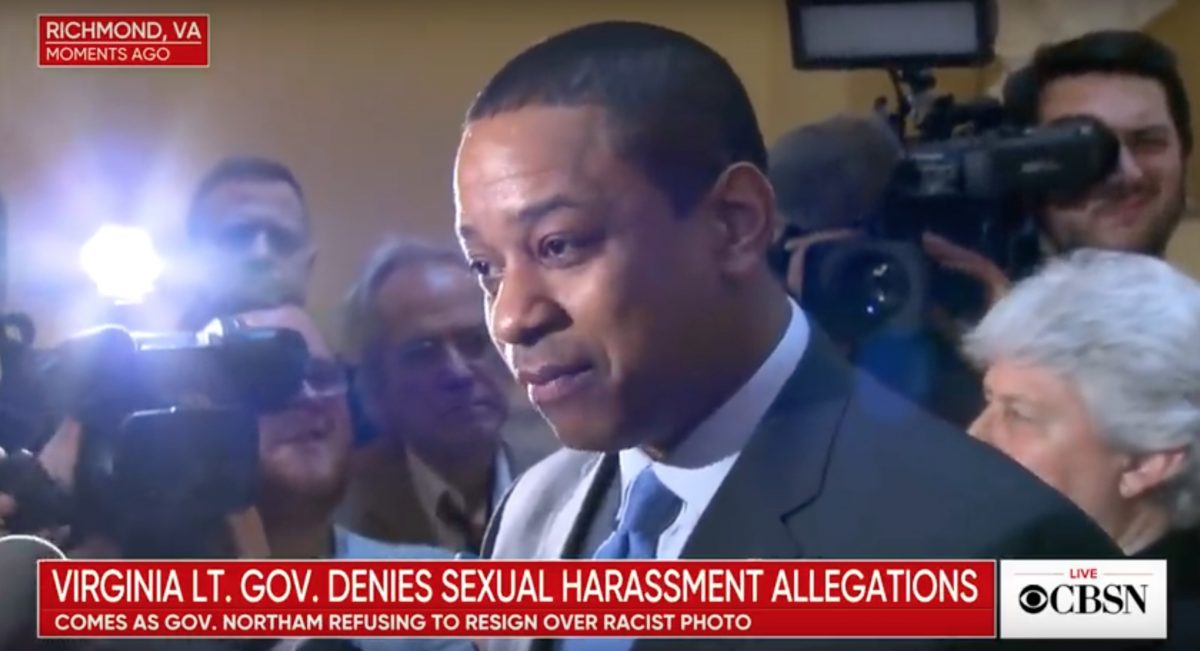 Dr. Vanessa Tyson, the college professor who has accused Virginia Lt. Gov. Justin Fairfax of sexual assault, has released a lengthy statement on her allegation with disturbing details.

“What began as consensual kissing quickly turned into a sexual assault,” she says. “Mr. Fairfax put his hand behind my neck and forcefully pushed my head towards his crotch. Only then did I realize that he had unbuckled his belt, unzipped his pants, and taken out his penis. He then forced his penis into my mouth. Utterly shocked and terrified, I tried to move my head away, but could not because his hand was holding down my neck and he was much stronger than me. As I cried and gagged, Mr. Fairfax forced me to perform oral sex on him. I cannot believe, given my obvious distress, that Mr. Fairfax thought this forced sexual act was consensual. To be very clear, I did not want to engage in oral sex with Mr. Fairfax and I never gave any form of consent. Quite the opposite. I consciously avoided Mr. Fairfax for the remainder of the Convention and I never spoke to him again.”

Tyson says she “suffered from both deep humiliation and shame” and explains why she decided to speak out now.

Fairfax has repeatedly denied the allegation and he released a statement today saying, “I cannot agree with a description of events that I know is not true.”

NBC News reported today Fairfax said “fuck that bitch” in a private meeting talking about the allegation. His office has denied he said it.