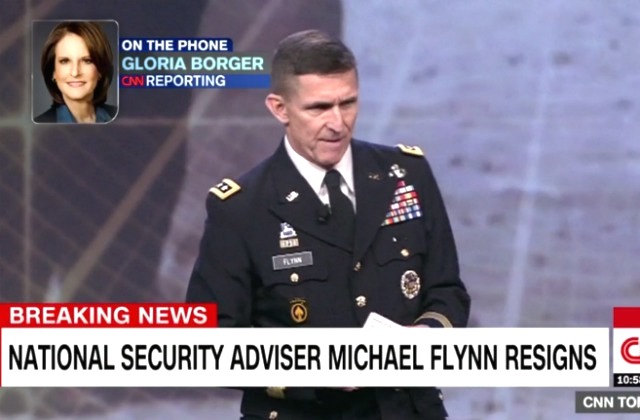 General Keith Kellogg will be the acting National Security Advisor in the interim, per those reports. CNN was the first news outlet to report on Flynn’s resignation earlier this evening.

More information has been coming in tonight about questions that were raised to the White House about Flynn’s call with the Russian ambassador.

Earlier today Kellyanne Conway said that Flynn had the full confidence of the president, but an hour later Sean Spicer said Trump is evaluating the situation.

Below you can read Flynn’s resignation letter, in which he says “the fast pace of events” was why he provided “incomplete information” to Vice President Mike Pence about that call: 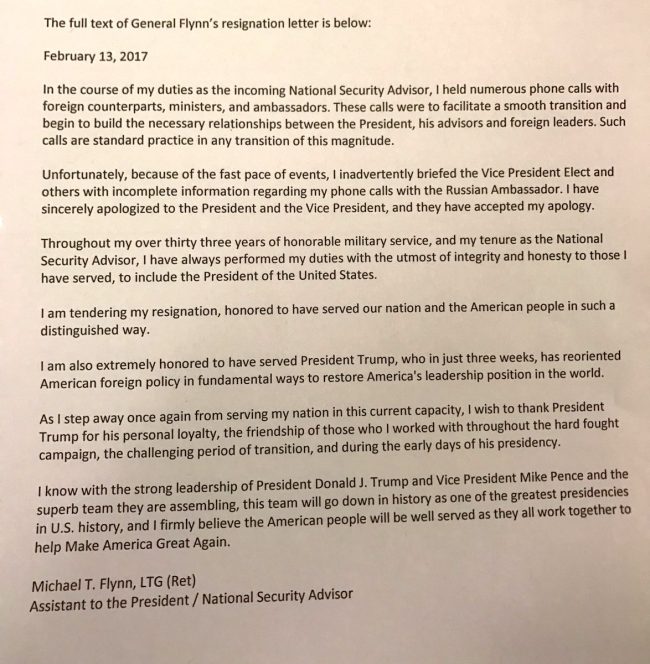