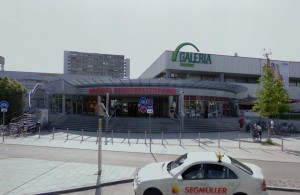 Police are confirming multiple injuries and deaths following a shooting spree at the Olympia Shopping Center in Munich, Germany Friday evening. As of late Friday night, Munich police are cautiously declaring that the shooting situation is over.

Munich Police say they believe the person who committed suicide to be the sole attacker. He is identified as an 18-year-old German-Iranian from Munich, according to the AP.

The shooting began around 7 p.m. local time at a McDonald’s adjacent to the mall.

We found a man, who killed him himself.
We assume, that he was the only shooter. #gunfire #munich

For hours, police had warned that suspects were possibly still at large and would not confirm whether or not there were multiple perpetrators.

German Chancellor Angela Merkel‘s chief of staff said it was unclear if the shooting was terrorism or carried out by a lone attacker.

Police urged users of social media not to upload videos and pictures of police responses to the shooting, so as not to aid the culprit or culprits. They have set up a webpage for people to submit media directly to the police.

Important:
Please don’t publish Fotos/Videos of #gunfire #Munich.
Please help us and send these files to us underhttps://t.co/29Df0qGgM6

Please don’t take Fotos or Video of Police Action in order to avoid any helpful Information for the suspects. #munich #gunfire #oez

Police are still asking people to stop uploading photos and video from the attack out of respect for the victims.

To all, who publish pictures of victims: STOP DOING THIS!
Please show more respect!#gunfire #munich

There were unconfirmed reports of a second shooting at a Munich metro station, but police said that this was a false alarm.

You can see a live feed of reports below, via SkyNews:

Police in #Munich advise people to stay away from public places

Video below shows bystanders outside the mall:

Watch LIVE #Periscope outside the shooting in #Munich #OEZ https://t.co/G35ydO9Ycb

And if this is the shooter, he appears to be mental. https://t.co/Z1sPkk1FXN

“Monitoring the horrific situation in Munich. We stand with our friends in Germany as they work to bring those responsible to justice,” Hillary Clinton wrote in a tweet.

The White House condemned the attacks and pledged that the full support and cooperation of the U.S.

The Olympia Shopping Center is the largest mall in the German state Bavaria. The Olympia Einkaufszentrum, called OEZ for short, opened to the public in 1972 to coincide with the summer Olympics.

This event is breaking and this post is being updated.