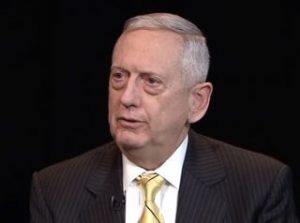 One of the first things President Trump did after being sworn in today was signing into law the waiver passed by Congress allowing him to serve in the position. The waiver was necessary because Mattis only retired from the Marine Corps in 2013.

Nevertheless, Mattis ended up receiving close to unanimous votes from the Senate this afternoon (as of this posting, 98 senators voted in his favor). Senator Kirsten Gillibrand, who said she would oppose a waiver for Mattis and questioned him about women in combat during his hearing, is the sole holdout.