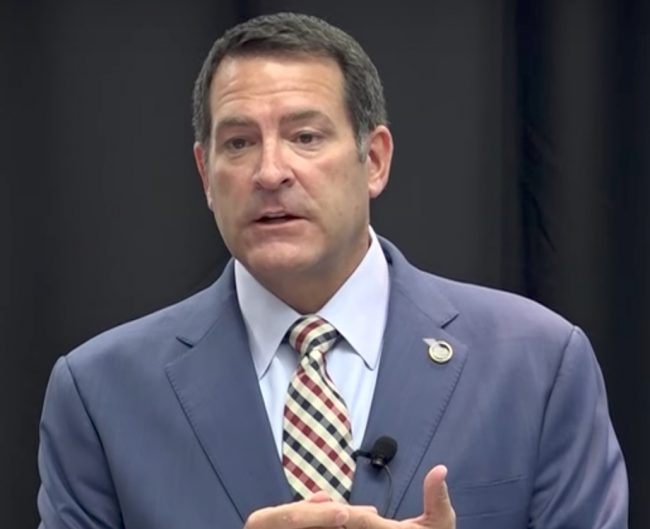 For the second time, President Donald Trump‘s pick for Secretary of the Army has withdrawn his name from consideration.

Mark Green, who came under fire from a number of advocacy groups over various controversial comments he’s made regarding a number of groups including transgender persons.

GLAAD uncovered comments Green made on a radio show in which he called transgender persons an “evil” that must be “crushed.”

In a statement, Green — a state senator in Tennessee — claims to be the victim of false attacks.

“(U)nfortunately, due to false and misleading attacks against me, this nomination has become a distraction,” Green said.

Trump’s previous choice for the post, Vincent Viola, also pulled his name from consideration due to potential business conflicts. His initial choice for Secretary of the Navy, Philip Bildren, also withdrew his nomination because of business entanglements.