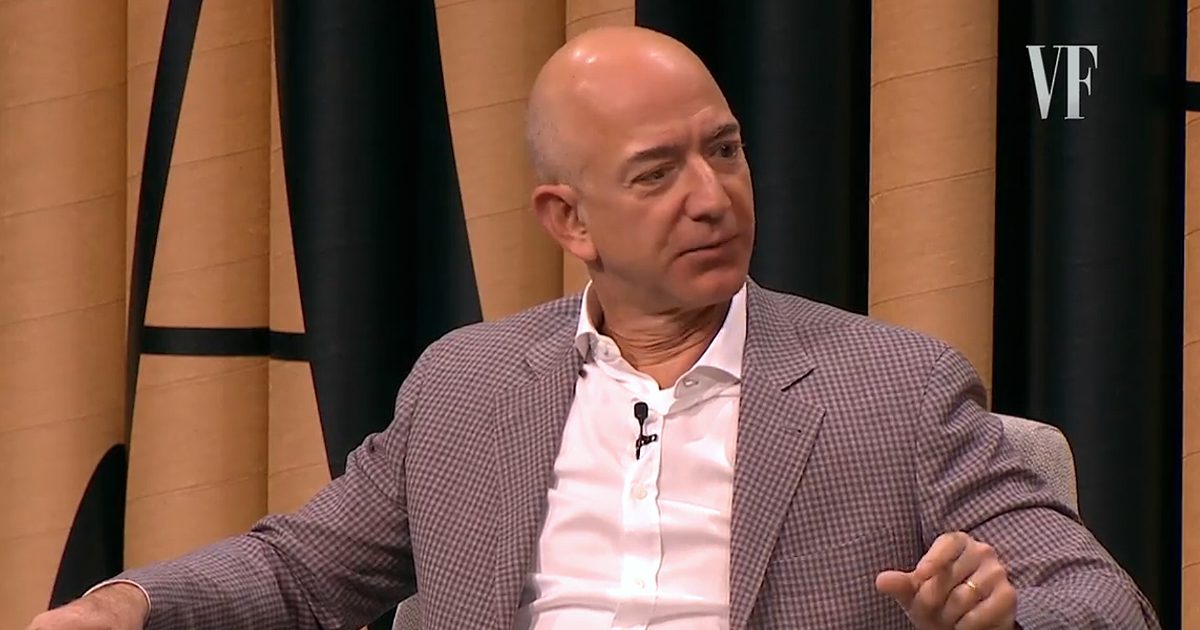 The brother of Jeff Bezos‘ girlfriend appears to be the one who leaked intimate texts to the National Enquirer, according to a new Daily Beast report.

Two sources told the Beast that the leaker is Michael Sanchez, brother of Lauren Sanchez, the woman with whom Bezos exchanged messages.

According to their report:

Another source who has been in extensive communication with senior leaders at AMI confirmed that Michael Sanchez first supplied Bezos’ texts to the Enquirer.

Bezos has accused the tabloid of blackmailing him in an attempt to end his investigation into how they obtained his texts for a piece published in December. The feds have reportedly launched a probe into the blackmail allegation.

Elkan Abramowitz, a lawyer for the tabloid, told George Stephanopoulos Sunday on ABC that the source of the embarrassing texts was known to Bezos.

The AMI lawyer also said it was “not extortion and not blackmail.”

In a story that is rife with salacious and made for soap opera moments, it also turns the Sanchez brother is a Trumpworld associate who is associated with Roger Stone.

Here is that juicy bit from the Daily Beast’s report:

Of particular interest were his [Sanchez’s] personal and business ties to some prominent figures in President Donald Trump’s orbit, including Roger Stone, Carter Page, and Scottie Nell Hughes. (Her private emails, it should be noted, were once leaked to an AMI-owned publication.)

As The Daily Beast previously reported last week, documents show that Sanchez and Stone were in touch about the National Enquirer story in the days after it ran.

“I’ve never hacked anyone,” Stone told The Daily Beast, which had neither suggested or asked if he had. “I do know Michael Sanchez—very good guy.”

And it appears Sanchez at least thought that the Enquirer went after Bezos in their story with “President Trump’s knowledge and appreciation.”

For the record, AMI has vehemently denied that their story was politically motivated.

“American Media emphatically rejects any assertion that its reporting was instigated, dictated or influenced in any manner by external forces, political or otherwise,” AMI lawyer John Fine wrote in an email to Bezos that was published by the billionaire founder of Amazon in a post this week. “Any further dissemination of these false, vicious, speculative and unsubstantiated statements is done at your client’s peril.”