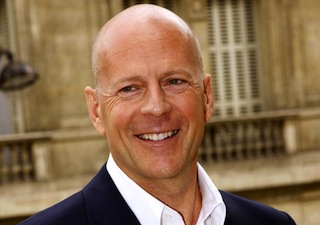 Yesterday we wrote about Penn Jillette going off on President Obama. However, he wasn’t the only entertainment icon to give his (negative) thoughts on a 2012 presidential candidate. Bruce Willis did an interview with Esquire Magazine. In it, the actor explained that he’s grown tired of interviews because he knows that he’ll say something he shouldn’t like dissing Mitt Romney.

He then goes on to diss Mitt Romney.

“‘I get cranked up, I start talking about Hollywood and what’s wrong with what. Or politics. I might start in on Mitt Romney.’

And with that one simple follow-up, Willis gets mildly cranked up. ‘Yeah, Romney. He’s just such a disappointment, an embarrassment. Chin up, hair up. He’s just one of those guys, one of those guys who says he’s going to change everything,” he is saying. “And he’ll get in there, and they’ll smile at him and introduce themselves: ‘We’re Congress, we make sure nothing changes.’ He won’t do it. He can’t. Everybody wants to be Barack Obama. And what did he change?’

Willis isn’t just another one of those Hollywood liberals that shows like The Five love to discredit. As his quote made clear, he’s doesn’t appear to be a huge fan of President Obama. Back in the 90s, he publicly backed the first President Bush. Romney really isn’t doing to for him though.

The actor went on to say that Romney was “the Dash Riprock of the Republican party.” Riprock was the conceited movie star who attempted to court country bumpkin Elly May Clampett on The Beverly Hillbillies.

Yes, I had to look that up.